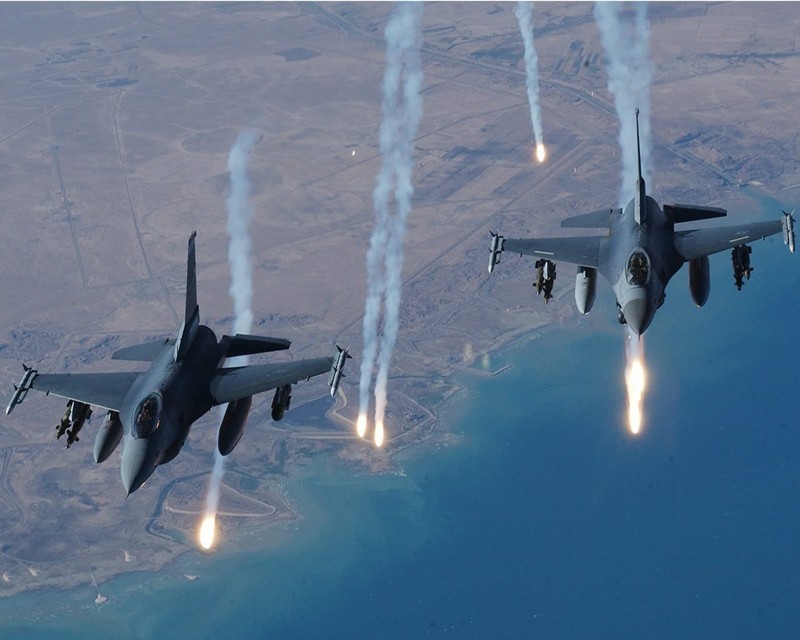 The Turkish Armed Forces performed on Sunday four airstrikes on Avashin-Basyan and Qandil regions in northern Iraq, 13 terrorists have been killed.

Hundreds of terrorists have been killed and hundreds of members of the security forces have died since hostilities resumed between the PKK terrorist organization and the state after the collapse of a ceasefire in July, shattering a peace process launched in 2012 to end a three-decade conflict.

The government resumed airstrikes against the PKK two months ago in response to a sharp escalation in attacks on security forces and shootings in urban centers.

President Recep Tayyip Erdoğan has promised the fight will go on until "not one terrorist is left."

The PKK, deemed a terrorist group by Turkey, the United States and the European Union, began an insurgency in 1984 that has killed 40,000.

The breakdown of the ceasefire between the government and the PKK, which lasted between 2012 and 2015, coincides with worsening conflict in neighboring Syria and Iraq along with the rise of Daesh, which has been blamed for a July bombing in Turkey that killed 30 people in addition to various deadly bombing attacks since mid-2015.