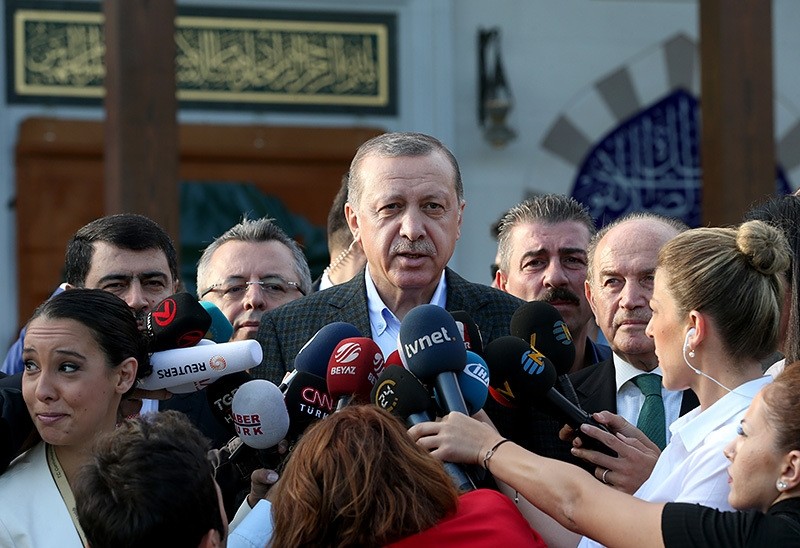 President Recep Tayyip Erdoğan said on Monday that the mayors of 24 municipalities who were discharged for supporting the PKK terror organization should have been replaced earlier.

Speaking to reporters in Istanbul after attending bayram prayers, Erdoğan said any municipality which had supported terrorists would have to pay the price.

Erdoğan also celebrated the Muslim world's Qurban Bayram (Feast of the Sacrifice), also known as Eid al-Adha, wishing that the bayram will bring peace and blessings to the global Muslim community and humanity.

The mayors of 28 municipalities charged with various crimes, including membership of a terrorist group, aiding and abetting a terrorist group and terror financing, were replaced by state administrators early Sunday through a governmental decree.