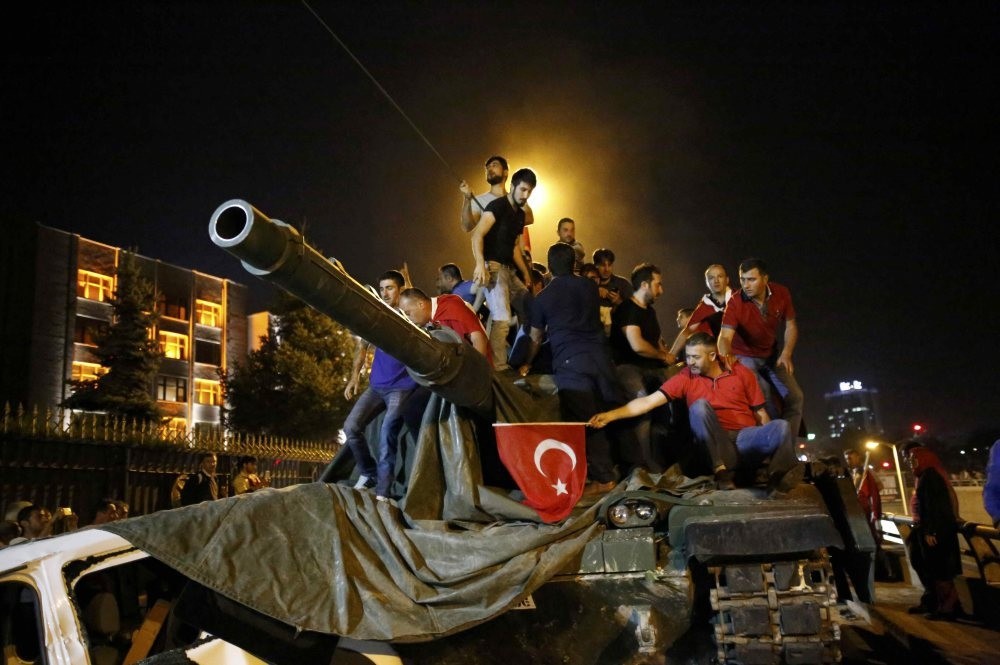 The government will do whatever is necessary to prevent a second coup attempt and further infiltration into state institutions by members of the FETÖ terror cult, Justice Minister Bozdağ said yesterday

Justice Minister Bekir Bozdağ said yesterday in Ankara that the government will eliminate all Gülen Terror Group (FETÖ) members in state institutions and take the necessary precautions in order to prevent another coup threat in future.

Speaking at the opening ceremony of a handicraft exhibition at the Atatürk Cultural Center in Ankara, Bozdağ said that Turkey averted a catastrophe with the failed July 15 coup attempt. "We eluded bankruptcy, going back 100 years. I request everyone to ask themselves the question, 'What would have happened in Turkey if the Gülenist coup attempt had succeeded?" Bozdağ said.

Saying that the government took the necessary steps to reconstruct the structure of its military, he underscored that all personnel of Turkish institutions should be loyal to the Turkish state, instead of individuals such Fethullah Gülen. "We took necessary precautions to eliminate only those personnel who were involved with FETÖ. People who weren't involved in terrorist organizations should not be afraid because of these investigations," Bozdağ said, adding that anyone with known affiliations with the terror group will not be employed.

The minister said that some groups have been slandering the Turkish state amid allegations of torture in Turkish prisons, stressing, "I clearly say from here that there is no form of torture in the Turkish prisons. We asked them, 'Who saw such a thing?' but they were unable to answer. We have lifted the ban on timeouts in torture cases. Apart from this, if someone really knows something about an incident of torture, it should be reported to us," Bozdağ said.

He also said that 1,500 prison officers have been detained as a part of the FETÖ investigation and those found guilty will be fired by their employers.

Bozdağ said that the extension of Turkey's state of emergency declaration is needed in order to allow the government to act in response to threats against the state. He added that civilians and daily life remain unaffected.

Meanwhile, President Recep Tayyip Erdoğan also stressed that the National Security Council's (MGK) advice to the government to extend the state of emergency by three months will not affect civilians and their daily life as it hasn't since it was declared on July 20.

Addressing village headmen at the Presidential Palace in Ankara on Thursday, Erdoğan underscored that the state of emergency was declared only to strengthen counterterrorism measures and will be extended to continue the fight. "In the past period of over two months, the state of emergency was used to enhance the efficiency in counterterrorism. It increases our speed in the fight against FETÖ and other terrorist groups," he asserted.

The president added that the MGK advised the extension, which the government will assess in the upcoming days. He did not rule out the possibility that it might be further extended after another three months.

The failed July 15 coup attempt, which left 241 people dead and nearly 2,200 injured, was organized by followers of Fetullah Gülen, who has lived in self-imposed exile on a 400-acre property in the foothills of the Pocono Mountains in Pennsylvania since 1999.

Gülen has led a long-running campaign to overthrow the state through infiltration of Turkish institutions, particularly the military, police and judiciary.
RELATED TOPICS