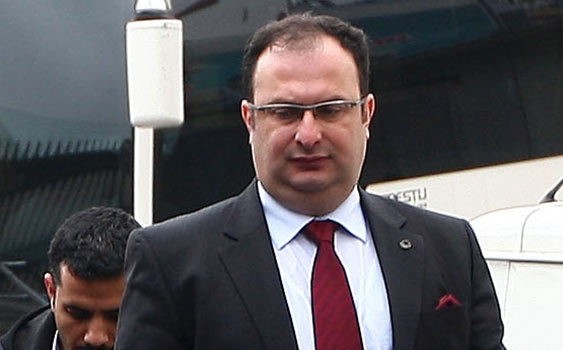 The Supreme Court of Appeals decided late Tuesday to issue a red notice for runaway Gülenist prosecutor Cihan Kansız for role in the Ergenekon case.

Ergenekon coup plot case is one of the biggest trials in Turkey's history that saw a circle of generals, academics and journalists imprisoned on charges of plotting a coup, in a scheme by the judiciary officials and police chiefs linked to the Gülenist terror cult.

Ergenekon, an infamous case where hundreds were tried and jailed on allegations of scheming to plot to overthrow the government, nearly came to a conclusion in April after a Supreme Court of Appeals ruling. The country's highest legal authority overturned the convictions of 275 people, ranging from the former head of the Turkish Armed Forces to lower-ranking military officers, journalists and academics in the case that was allegedly a plot to imprison all involved by the Gülenist terror cult through its infiltrators within the judiciary and police. The court said in its ruling that convictions by a local court were invalid, as it lacked concrete evidence pointing to the existence of the "Ergenekon terrorist organization," and cited a number of violations in the case such as illegal wiretapping, dubious statements of secret witnesses and unlawful searches. The court also agreed with the demand of İlker Başbuğ for his trial in the Supreme Council, a special court for senior officials, instead of a lower court. The appeals court said the lower court had also denied a fair trial to the defendants.

Many Turkish state institutions, including the Ministry of the Interior, the Security General Directorate, and Istanbul Police Department have described the Gülen Movement as Gülenist terror group in their records. "Parallel state," another term used to define the group, refers to Gülenist bureaucrats and senior officials who have infiltrated key posts in the country's institutions, including the judiciary and the police, finding their way in through cheating and blackmail.

The group used counterfeit documents and illegal wiretappings to launch probes against their adversaries through exploiting members in the judiciary and the police.

The operations of December 17 and 25, 2013, saw a civil coup attempt that targeted government officials and their relatives. This one was carried out by prosecutors and police officers linked to a clandestine network run by Gülen, in an attempt to overthrow the democratically-elected government led by then-Prime Minister Recep Tayyip Erdoğan.

Gülen has been listed as a wanted terrorist by the Turkish Interior Ministry.