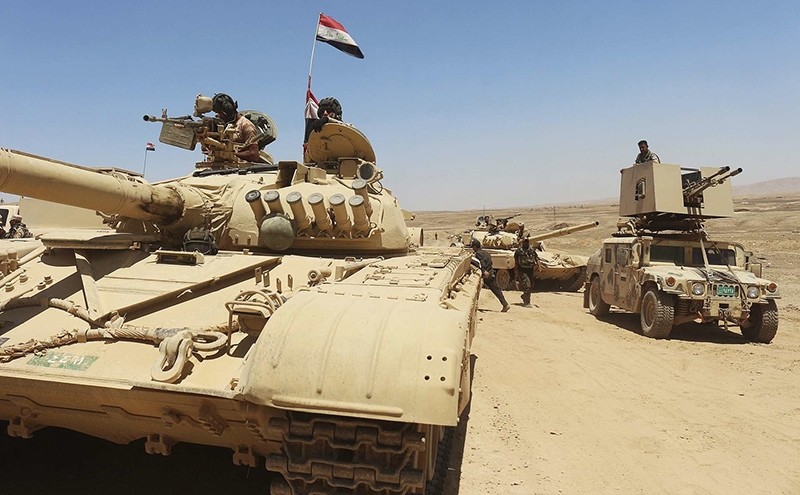  Prime Minister Binali Yıldırım expressed concerns Tuesday on the emergence of Mosul as the new center of sectarian conflict as the operation to clear Daish terrorists from the city of Jarablus continues.

Speaking at the Justice and Development Party's (AK Party) parliamentary group meeting in Ankara, Yıldırım stressed that Manbij must be cleared of all terrorist groups, adding that the PKK's Syrian offshoot the Democratic Union Party (PYD) and its armed wing the People's Protection Units (YPG) had seized the areas cleared of Daish.

Continuing to say that the AK Party government will continue to conduct its counterterrorism policy in the region, Yıldırım urged party members not to be fooled by the plots of the Gülenist Terror Group (FETÖ), urging members of every party to continue their combat against terrorist Gülenists.

Yıldırım elaborated on Turkey's counterterror operations by saying that the operations will continue until all terrorist groups from the city of al-Bab and northward are dismantled.

Yıldırım stated that the allies' plans to retake Mosul are "not transparent," warning that putting Mosul – a region of Sunni Arab-majority – under the control of a Shiite militia would only "enflame" further tensions.

The prime minister said: "The disruption of the demographic structure in Syria and Iraq and stirring dissidence in ethnic regions will not bring stability to the region but will further deepen current conflicts. Syria's territorial integrity is important for us and it is our priority that all ethnic groups live under one unitary state structure," he added.

Going on to say that ongoing Operation Euphrates Shield has yielded positive results, Yıldırım said that "the operation is being conducted successfully. It is to continue until Syria's al-Bab and the northern regions are cleared of all [terror] groups including Daish and the PYD/YPG." The prime minister also pointed out that despite promises made by the U.S. saying the PYD would withdraw from Manjib after the operation was finalized, there is still a PYD presence in Manjib.

Commenting on the government's counterterror operations against FETÖ, Yıldırım said: "The July 15 coup attempt proved that all problems can be resolved through unity and togetherness." He underlined that the AK Party will continue to maintain its sincere stance with Yıldırım continuing to urge all political parties to take the same stance against Daish, the PKK and FETÖ. The prime minister also dismissed claims that the AK Party is protecting high-level Gülenists political figures, noting that members of FETÖ were present in other political parties and had been unable to infiltrate the AK Party. Yıldırım finalized his remarks by emphasizing that the issue of terror will be completely eliminated from Turkey's political agenda soon.