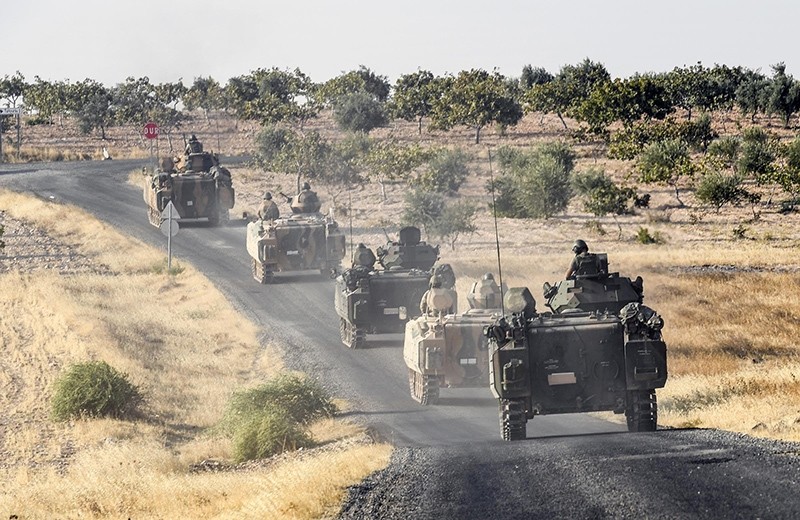 Shelling by the Turkish military has destroyed Daish terrorist targets in northern Syria as part of the ongoing Operation Euphrates Shield to clear Turkey's borders of terrorists, military sources said on Tuesday.

According to the sources, the military shelled 80 Daish targets, destroying weapons depots, four arms-laden vehicles, three motorcycles, and a number of shelters used by terrorists.

10 moderate opposition forces were killed in the operations on the same day, the sources added.

Meanwhile, the coalition forces have carried out nine airstrikes on Daish targets, killing 12 terrorists and destroying two buildings used by the terrorists.

On August 24, the Turkish military launched a cross-border operation named "Euphrates Shield" along with the U.S.-led coalition in Syria's northern border city of Jarablus to clear the area from the Daish terror organization.