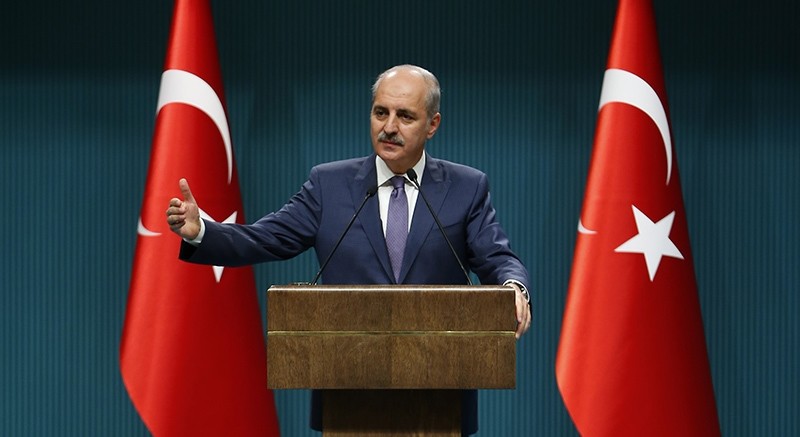 Turkey is ready to cooperate with Iraq's central goverment in Bashiqa camp if it focuses on keeping the country's territorial integrity and defeating terror groups including Daish, Deputy Prime Minister Numan Kurtulmuş said on Wednesday.

"No one has the right to object Turkey's presence in Iraq when the country is fragmented that much," Kurtulmuş said, adding that Turkish troops are not an invading force and their presence were both known by the central government and the Kurdistan Regional Government (KRG) in Iraq's north.

Around 150 Turkish soldiers and 25 tanks are stationed at the Bashiqa camp, located some 30 kilometers northeast of Daish-held Mosul, where the Turkish military trains KRG's peshmerga units and local Turkmen fighters against terrorists.

With only 1,500 fighters, the terrorist group managed to storm Iraq's second largest city held by 30,000 government troops, which led to a collapse of state order in Baghdad's north while causing a huge embarrasement.

The camp first came to the forefront in December last year during a routine military shipment, which lead to a diplomatic spat between Ankara and Baghdad despite the camp's presence since March. The camp was also attacked by Daish terrorists several times.

Although an agreement has been reached between Ankara, Baghdad and Washington in early January and a part of Turkish troops was deployed further north, Iraqi parliament said in a written statement on Wednesday that it did not accept Turkey's military presence in Bashiqa, defining Turkish troops stationed at the camp as invading forces.

Turkey's Ministry of Foreign Affairs condemned on Tuesday the Iraqi parliament's decision to remove the Bashiqa camp, while the Iraqi envoy to Ankara was summoned to the ministry.