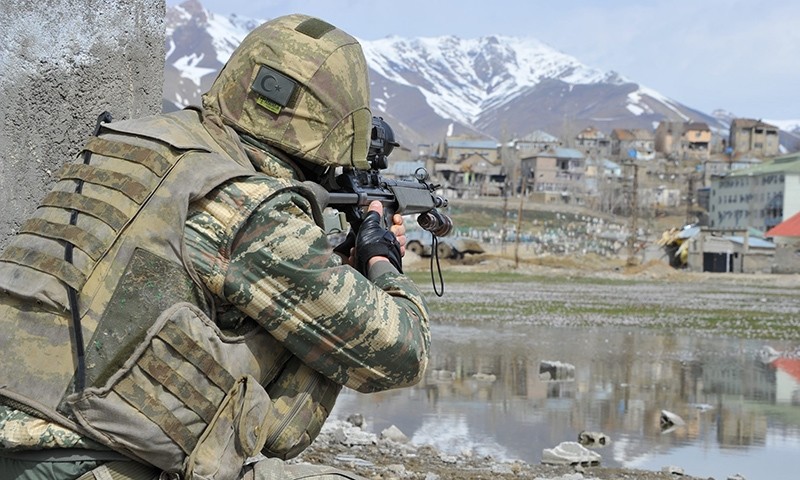 A total of five PKK terrorists were killed and 18 PKK targets destroyed in Turkey's east and southeast and northern Iraq on Wednesday as part of ongoing anti-terror operations by the Turkish Armed Forces, according to military sources.

According to the sources, who spoke on condition of anonymity due to restrictions on talking to the media, fighter jets executed an air operation in a rural area of the Çukurca district in the southeastern province of Hakkari.

Eleven targets, including shelters, caves and mortar emplacements, were destroyed and three terrorists were killed.

Meanwhile, seven other targets, including shelters and caves, were destroyed in the Metina and Gara regions in northern Iraq.

In addition, two terrorists were killed during a clash between security forces and terrorists in the eastern Van province's Ipekyolu district, according to security sources.

The sources said that the terrorists had been preparing an attack against the police.

The PKK is listed as a terrorist organization by Turkey, the U.S., and EU, and resumed its 30-year armed campaign against the Turkish state in July 2015.

Since then, PKK terrorist attacks have martyred more than 600 security personnel and also claimed the lives of numerous civilians, including women and children, while more than 7,000 PKK terrorists have been killed in army operations.