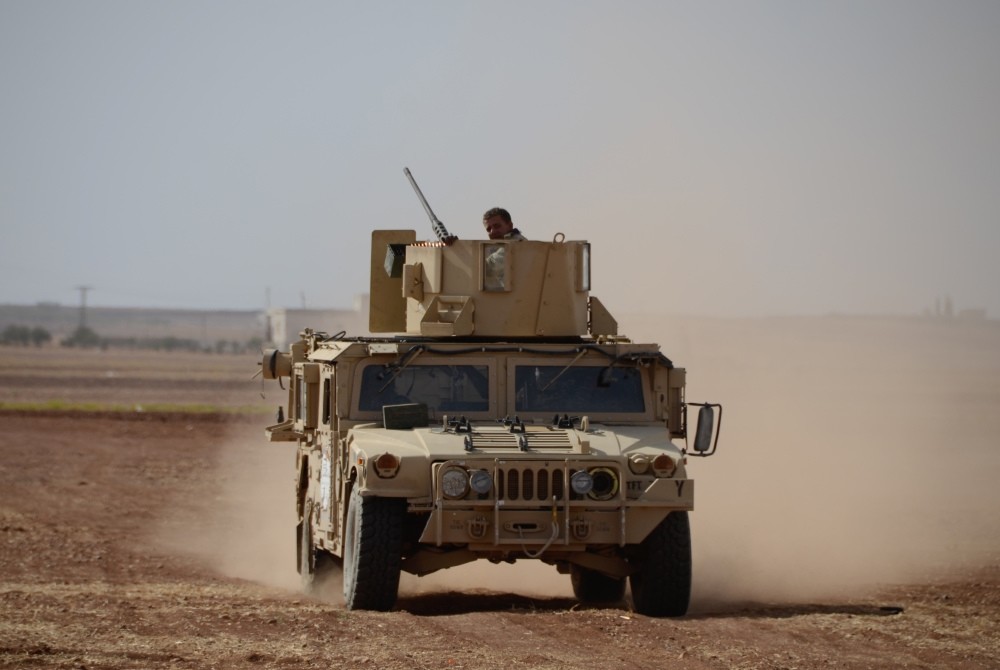 Turkey-backed FSA fighters have established control of more than 120 residential areas since the beginning of Operation Euphrates Shield.
by Daily Sabah with AA Oct 10, 2016 12:00 am
Ankara has drafted a two-year plan to clear the Daish terror group from its border with Syria with the inclusion of further advances in Operation Euphrates Shield, which backs the Free Syrian Army (FSA) against Daish. The two-year plan is expected to continue at full speed during the upcoming winter months.

The plan was drafted during the latest National Security Council (MGK), where authorities said the terror threats, including those from Daish and the PKK, will take up to two-and-a-half years to clear from the border.

The strategic plan will also prepare security measures to establish a terrorist-free safe zone stretching across a 5,000-square-kilometer area.

The onslaught marked an escalation in attacks on the group since Turkey and the Free Syrian Army (FSA) launched Operation Euphrates Shield in August.

In a statement, the Turkish Armed Forces (TSK) said 102 targets had been hit by fire from Firtina howitzers, rocket launchers, mortars and tanks.

Fourteen terrorists were killed in fighting with the FSA as they attempted to enter the opposition-controlled villages of Akhtarin and Turkmen Bareh, 3 kilometers (2 miles) east of Dabiq, the military said. On Sunday, Turkish airstrikes killed seven Daish terrorists and destroyed five buildings around the Baraghedeh area. Another 17 DAISH fighters were killed in coalition airstrikes in the same area, also on Saturday.

The Turkish-backed FSA fighters have established control in more than 120 residential areas since the beginning of Operation Euphrates Shield. Turkey launched the operation in cooperation with the FSA on Aug. 24 to clear its southern border of Daish terrorists and liberate northern Syrian towns of the terrorist group. In less than a day, the FSA, backed by the TSK liberated Jarablus and continued marching from the east and the west.

The operation is in line with the country's right to self-defense borne out of international treaties and a mandate given to Turkey's armed forces by its parliament in 2014, which was extended for another year in September 2015.

No casualties in DaIsh attack on Turkish troops in Iraq

Turkish troops in northern Iraq came under attack from Daish on Sunday, a security official in the area said. There were no injuries in the attack at Gedu base, near Daish-held Mosul, the Turkish official said on condition of anonymity due to restrictions on talking to the media.

Turkish forces in northern Iraq are largely based at Bashiqa, a training camp around 12 kilometers (7 miles) northeast of Mosul. An offensive to take back the city is expected by the end of the year.
RELATED TOPICS