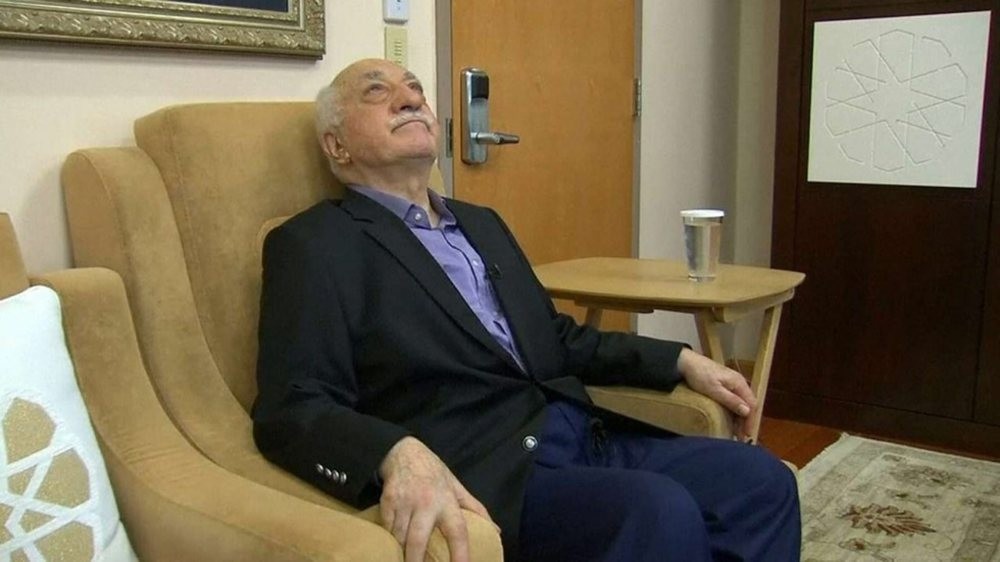 Justice Minister Bozdağ urged U.S. authorities to show Ankara empathy on the extradition of the head of FETÖ leader Fetullah Gülen, after the failed July 15 coup attempt, while reiterating Ankara's warning over the rise of anti-Americanism due to lack of public trust in Washington over the issue

Justice Minister Bekir Bozdağ warned Sunday against increased hostility against the U.S. by the Turkish public after the July 15 coup attempt against the government, stressing that U.S. authorities have not displayed sincerity regarding the extradition of the U.S.-based head of the Gülenist Terror Group (FETÖ), Fetullah Gülen. Bozdağ urged U.S. authorities to show Turkey empathy over the Gülen issue.

"Fethullah Gülen is for Turkey and the Turkish people whatever Osama bin Laden is for the U.S.," he said. Reaffirming that there is serious intelligence on Gülen's escape plans to another country, the Turkish minister urged U.S. authorities to arrest Gülen to prevent his escape. "If the U.S. administration is leaning toward the extradition then neither the U.S. court nor the EU would go against it," Bozdağ said.

Bozdağ added: "If the [U.S.] administration does not want him to stay in the country then it will simply get him on a plane and deport him immediately."

Bozdağ informed the Ankara Chief of Bureau of various Turkish media outlets on Sunday that he is set to travel to the U.S. by the end of October for U.S.-based terror cult leader Gülen's extradition.

Commenting on the latest numbers of arrested FETÖ members, Bozdağ said, "As of today there is total of 34,000 people arrested from FETÖ operations as well as from the coup attempt."

In addition to Gülen's extradition and FETÖ operations, Bozdağ informed members of the media that a "Judicial Database" is being formed in efforts to create "protective judiciary." While the operations against FETÖ continue, Justice Minister Bozdağ said during President Erdoğan's visit to the U.S. that he had requested an appointment with the U.S. Justice Department.

"The U.S. has positively responded to our request and we have submitted our proposed date for the visit. We will most likely travel to the U.S. by the end of October," he added.

Prior to the U.S. visit for the U.N. summit in New York, the Turkish Justice Ministry compiled a comprehensive file on Gülen and his involvement in the failed July 15 coup attempt. In this regard, Minister Bozdağ said files with solid evidence were presented to U.S. officials as he further noted that there is more digital data that will be revealed. "There is nearly 500,000 digital data including computer files, flash drives and mobile and camera records. I am sure that once all of these data are analyzed and decoded all of the questions will be answered," he added. Furthermore, commenting on the number of arrested individuals from FETÖ and the coup attempt, Bozdağ said there are currently 34,000 people arrested while a procedural act has begun against 77,000 people. The Gülenists have always used religion and spirituality as a tool to control and recruit members and, with this perspective, the terror cult members are continuing to motivate the arrested members who are in jail. According to information provided by Bozdağ, Gülenists are instilling hope in their affiliates by telling them new fantasies every day. He also said FETÖ members are telling affiliates that they will soon be released because World War III will break out in early November.

Adding to his remarks by announcing that the International Judicial Congress will take place in Istanbul from Oct. 17-19, Bozdağ said President Erdoğan is set to make the inaugural speech. The congress will address matters including increasing international cooperation in judiciary, measures to expedite judiciary and alternative solutions prior to judiciary. While Bozdağ noted that 175 foreign participants will attend the congress, he also said 15 Justice Ministers, 15 constitutional court presidents, and 13 presidents of the court of cassation along with 14 Supreme Court of appeals prosecutors will be attending the congress.
Last Update: Oct 10, 2016 9:59 am
RELATED TOPICS