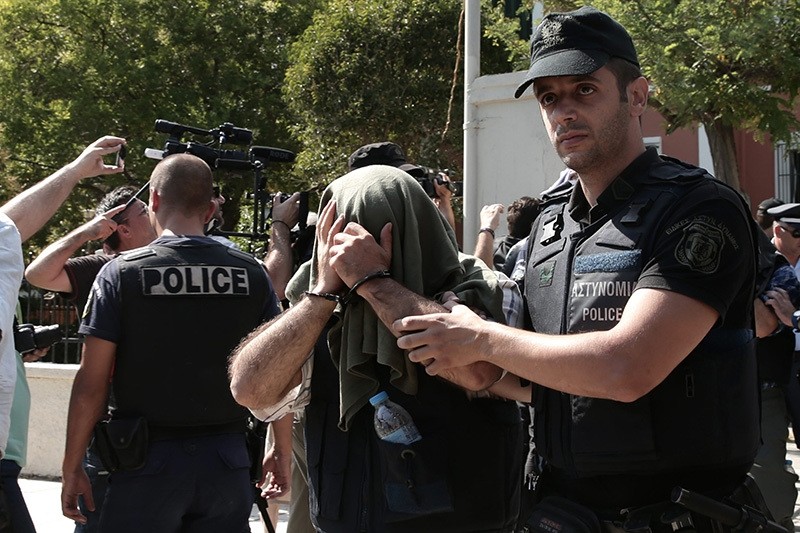 Greek authorities have denied the asylum requests for seven out of eight Gülenist terror group (FETÖ)-linked soldiers who fled after the July 15 failed coup attempt.

Eleni Petraki, a spokeswoman at the Greek Asylum Service, confirmed to Anadolu Agency the asylum applications of four of the remaining five soldiers had been declined.

"None of them was granted asylum in the first phase, but they can always appeal this decision," she said. However, Petraki did not reveal on what grounds the applications were declined.

According to Petraki, these four were not the only applications rejected Tuesday. The two soldiers who had previously declined to cooperate with the Greek authorities had filed primary appeals on their cases; both of these were also declined Tuesday.

Now, only one soldier is awaiting a response to his asylum request. The other seven have the right to appeal to secondary committees, Petraki said.

A total of eight soldiers affiliated with FETÖ, including three majors, three lieutenants and two sergeant majors, fled Turkey on a Sikorsky helicopter and landed in Alexandroupolis (Dedeağaç) after the failure of the July 15 coup attempt.

They were sentenced to two months in jail by a Greek court for entering the country illegally.

Greek Prime Minister Alexis Tsipras said there is no room for coups in democratic countries and the Greek government stands by and respects the elected government of Turkey and the will of the Turkish people.

On July 15, a military junta loyal to FETÖ carried out a bloody coup attempt, killing more than 240 people and injuring nearly 2,200.