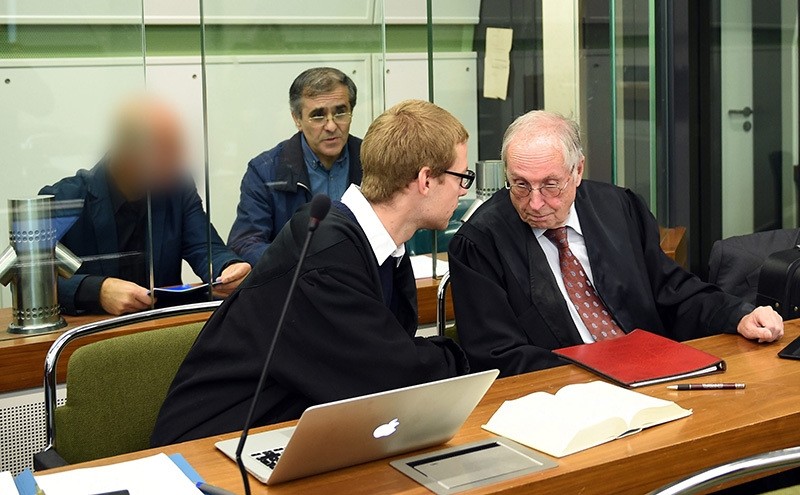 Ali D. (L) accused of participating in a terrorist organization as a PKKu00a0official in Berlin, Germany, 11 October 2016 (EPA Photo)
by Daily Sabah with DPA Oct 11, 2016 12:00 am
An alleged local leader of the PKK terrorist organization refused to make any formal statements at the opening of his trial on terrorism charges on Tuesday in the German capital.

The 52-year-old man, who has been identified as Ali D., indicated that he wanted to set out his position later in the trial.

The man is accused of working as a PKK functionary in the Berlin area from July 2014 to July 2015.

He then allegedly took over the PKK leadership in the area surrounding the northern German city of Bremen.

He has been charged with involvement in a foreign terrorist organization.

In August, Germany cancelled a so-called cultural festival organized by the terrorist organization PKK, which was supposed to take place at a stadium in Cologne, over security concerns.

The PKK is recognized as a terrorist organization by the U.S., EU and Turkey, engaged in a campaign of terror following decades of violence. Hundreds of troops, police officers and civilians have been killed in their terrorist attacks.

The terrorist organization has escalated attacks against the Turkish army, police and civilians since last summer, after it unilaterally ended a fragile two-year cease-fire which saw militants withdraw from the Turkish territories, although they covertly stored weapons across Turkey.