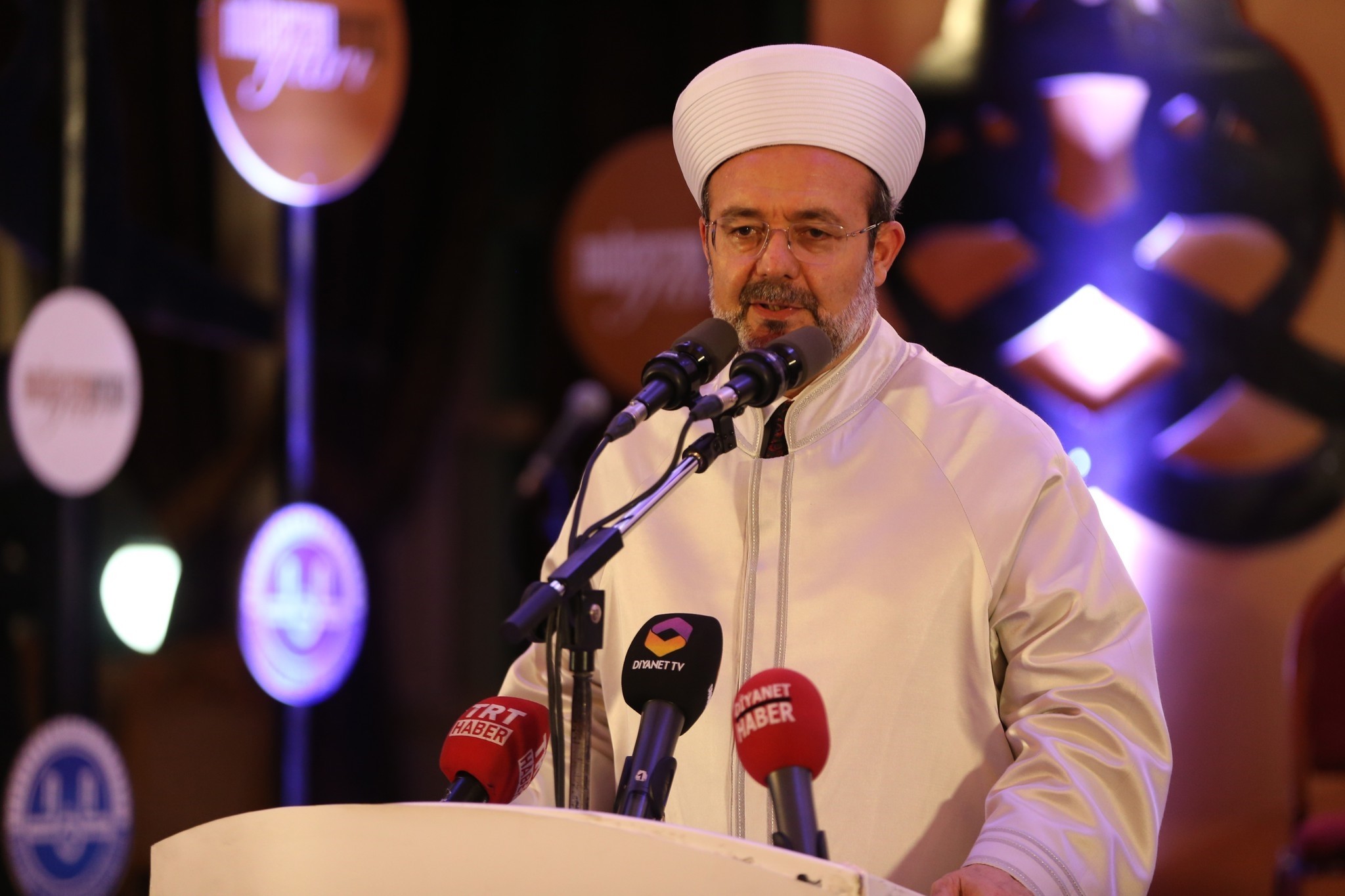 Mehmet Gu00f6rmez, the head of The Presidency of Religious Affairs, speaks at the the Eurasia Islamic Council meeting in Istanbul. (AA Photo)
by Daily Sabah Oct 13, 2016 12:00 am

The Gülenist Terror Group (FETÖ) exploits the spiritual emotions of its followers in the name of Islam for its own interests, a report released by The Presidency of Religious Affairs (DİB, better known as Diyanet) said.

The report unveiled at the Eurasia Islamic Council in Istanbul on Wednesday stressed that the organization initially acted like a religious community to gain followers and in time turned into a terrorist group, which serves the personal hidden agenda of its leader, Fethullah Gülen.

"Nobody and no organization can see themselves as the representative of religion and demand people's absolute obedience and devotion. Religious guidance is a part of educational process only in terms of knowledge and morals; it does not entitle any other privilege." the statement said.

Adding that the group's terror activities were not limited to Turkey, Diyanet said "FETÖ, by failing to introduce a clear religious understanding and education to the people in Central Asia and Africa, has not only created disappointment among the people of those lands those who supported them in good faith but it has also ruined the expectations of these people to keep alive their spiritual beliefs regarding Islam."

Diyanet called on all religious authorities and institutions to fight against FETÖ's misinformation campaign, compile emergency action plans and take necessary concrete steps to equip millions of young citizens with religious, moral, and national values who are exposed to various illegal elements and harmful impacts through the cyber world.

On July 15, a group of rogue soldiers linked to FETÖ attempted to topple the democratically elected government in Turkey and impose martial law.

FETÖ is accused of infiltrating state institutions including the police, judiciary and military with the aim of taking over the democratically elected government.