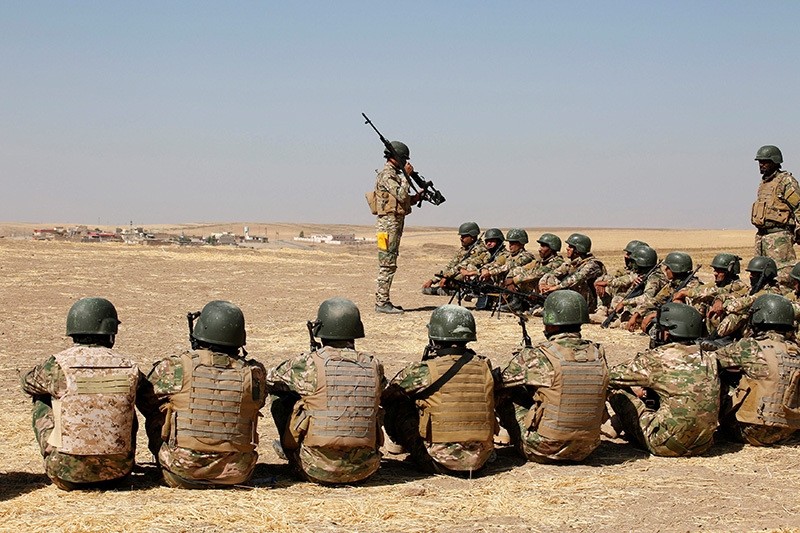 Forces trained by the Turkish military at the Bashiqa camp in Northern Iraq will take part in the planned operation to drive Daish out of the city of Mosul, Turkey's official Anadolu Agency reported on Friday.

It cited officials who took part in talks between Turkey and the United States, as well as Iraqi sources, as saying the operation would begin within a few days, "if there is no extraordinary development."

According to the plan coordinated by the U.S., KRG forces will first launch an attack in the frontlines near the city, and Turkish-trained forces, which recently assumed the name of "Nineveh Guard," will take part in the attack under an Iraqi general of the Mosul Operations Command.

Sources speaking to AA said that Iraqi army and former Nineveh (Mosul) province governor and current Nineveh Guard commander Atheel al-Nujaifi agreed that the forces in Bashiqa will be used without being deployed in separate locations.

The Iraqi army and Shiite militias will move north from the town of al-Qayyarah – which is located some 60 kilometers south of Mosul – surrounding the city from south, east and north.

Turkish forces in Bashiqa, located about 30 kilometers northeast of Mosul, had led to a diplomatic spat between Turkey and Iraq as the latter claimed that the forces were deployed without its consent, while Turkey said that Iraqi authorities were notified of the deployment and approved it, visiting the camp numerous times. Turkey said that Iraq's objection to the troops, amid the presence of Iranian Shiite militias and anti-Daish coalition forces, is pointless, while warning that the inclusion of Shiite militias and PKK terrorists in the Mosul operation might lead to ethnic and sectarian conflict.

The camp first came to the forefront in December last year during a routine military shipment. Baghdad complained about the Dec. 4 deployment of troops to the site near Mosul, calling it a violation of Iraqi sovereignty and insisting the Turkish forces be withdrawn.

Turkey said that 150 soldiers and up to 25 tanks were stationed in Bashiqa to protect Turkish servicemen who were training Iraqi volunteers to fight Daish. The training mission had reportedly been in operation since March 2015 and was not assigned to combat duties.