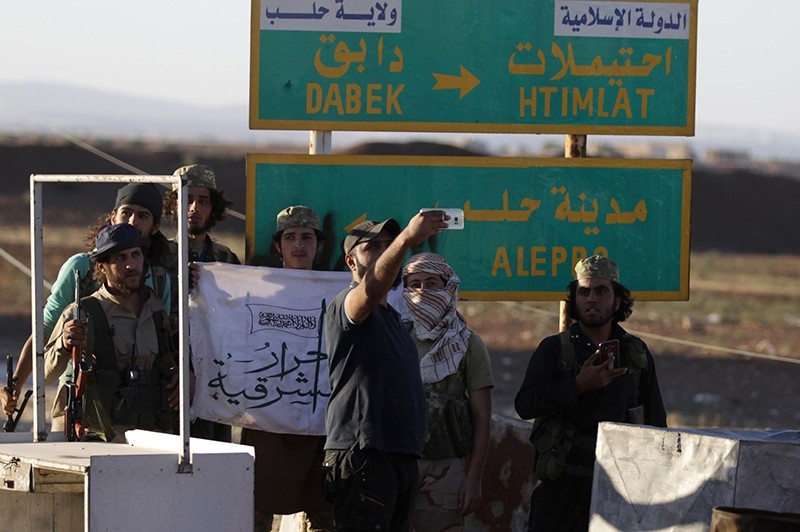 Daesh terrorists have been removed from nine towns and villages in northern Syria, including Dabiq and Sawran towns amid Turkey's Euphrates Shield operation in the area.

According to a statement by the Turkish Armed Forces (TSK), Daesh lost the towns of Dabiq, Sawran and Ihtaimlat, and the villages of Tilalyan, Asunbul, Hawar al-Nahr, Rasm al-Ward, al-Salihiya and al-Hamidiya in the northwestern province of Aleppo.

After losing Dabiq, Daesh launched a missile attack against Turkey, but Turkish forces managed to intercept the attack and secured the border area between the Turkish province of Kilis and Gaziantep's Karkamış district, the army said.

Dabiq, about 40 kilometers (25 miles) northeast of Aleppo and around 10 kilometers (6 miles) south of Syria's border with Turkey, has a symbolic importance for Daesh as the group believes it will be the site of an end-times battle with non-Muslims. Dabiq is also the name of one of Daesh's online magazines.

The news about removing Daesh militants from Dabiq has won praise from both Saudi Arabia and Qatar.

On Sunday, Free Syrian Army (FSA) fighters have advanced with TSK support as the latter intensively targeted 70 Daesh positions. A high number of Daesh militants were reportedly killed while nine opposition fighters were martyred and 24 injured.

Also, six Daesh terrorists were killed and a defense position was destroyed by two U.S.-led coalition airstrikes in Asanbul.

Since the beginning of the operation, Syrian opposition forces have managed to seize control of around 220 kilometers.