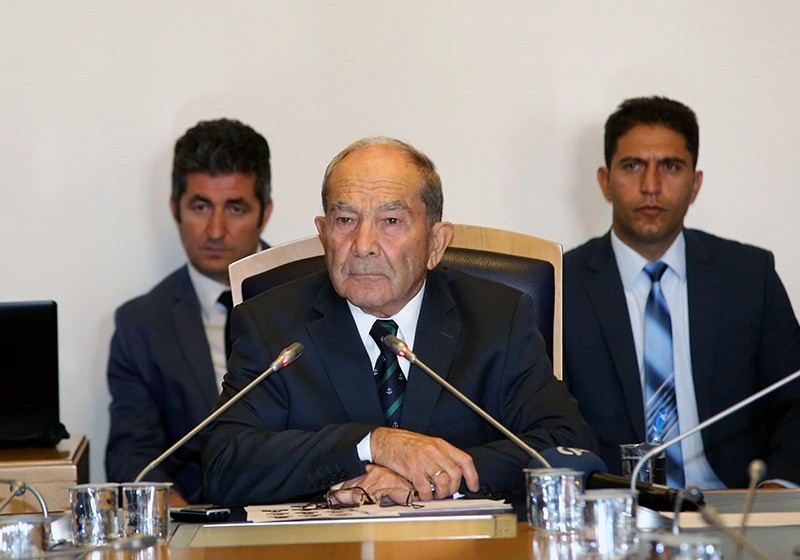 The government was warned of Gülenist threats within the military at the National Security Council (MGK) meeting in August 2004, former chief of staff retired Gen. Hilmi Özkök said on Wednesday.

Özkök spoke at parliament in Ankara at the Parliamentary Research Commission on the July 15 coup attempt launched by the Gülenist Terror Group (FETÖ).

Özkök said that he first heard of Fethullah Gülen when he was the land forces commander, and the government was informed of FETÖ's dangers in a MGK meeting, the top body that determines Turkey's security threats and policies.

"This group is organizing and not after good things. I was appointed as the Chief of Staff in 2002. At the National Security Council meeting in August 2004, as the Armed Forces we said that 'This organization has achieved very large means and capability. Means and capability can develop in years but intention can change overnight.' This was also covered by the press. We said that an action plan should be made and this issue should be followed up. Back then, it was not considered as a dangerous organization of course, it was regarded with having good intentions. We informed the government. A decision was taken there and was called action plan. The NSC advises this to the government, while the elements from the government are present. We monitored what is being done, I must be honest that we saw that nothing much was being done," Özkök said.

The former military chief added that branch commanders have always expressed the dangers of reactionary movements and movements like FETÖ in all meetings.

"We tried to make what we could. It wasn't possible for us to exert influence to the source," Özkök said, adding that there wasn't a law that described being a Gülenist as a crime and those who were involved in the movement were discharged from the military on indiscipline charges.

Özkök was appointed as the military chief in only five years after the "post-modern coup" of Feb 28, 1997, when conservative Welfare Party (RP) was forced out of the government by the military through a list of ultimatums and media pressure, added by terror in the southeast and a fragile economy.

The following period saw the repression of religious people in public domain under the pretext of "protecting the secularism" and "fight on reactionaries."

The tensions between the military and Justice and Development (AK) Party, which largely took over RP's cadres and conservative voter base in its election victory in 2002, were still high during Özkök's service. Although Özkök himself was viewed as a representative of the "dove lobby" within the military, nearly all branch commanders were later accused of plotting to overthrow the government in the Ergenekon and Balyoz coup plot trials, which were used a means by the FETÖ to expand its influence within the military.