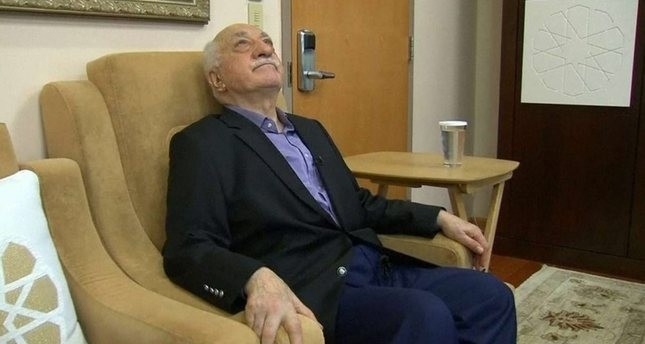 Leader of the Gu00fclenist terror cult, Fetullah Gu00fclen in his Pennsylvania residence
by Daily Sabah with AA Oct 19, 2016 12:00 am
The government of Guinea has transferred the administration of five schools run by the Gülenist Terror Group (FETÖ) to the Turkish Education Foundation (TMV).

TMV Deputy Chairman Dr. Hasan Yavuz said that the decision was made as the result of a goodwill protocol signed between Turkey and Guinea. He also underscored that President Recep Tayyip Erdoğan's visit to Guinea on May 3 had a positive impact regarding the decision. Saying that they met with all personnel and made plans for next year, Yavuz vowed that they will ramp up the quality of the schools.

Meanwhile, the name of a martyr of the failed July 15 coup attempt, Ömer Halisdemir, a non-commissioner officer who shot down putschist Brig. Gen. Semih Terzi outside the headquarters of Special Forces Command, was given to two of the transferred schools.

Mehmet Odabaşı, Ankara deputy chief prosecutor, gave the orders to detain a total of 49 suspects, 42 of whom were detected in Ankara and seven others in different provinces. So far, only 14 have been detained.

One suspect - a former employee of the TİB - was detained in Denizli in western Turkey and was also found to have $1 million and 50,000euros in his bank accounts.

The messaging application "Bylock," which is said to have been used by FETÖ members during the defeated July 15 coup, was also spotted on the cellphones of 45 of the 49 suspects.

Meanwhile, 12 military officers including four lieutenant generals were also detained in Ankara yesterday as a part of FETÖ investigation. Some of detained officers were NATO personnel.

Speaking to Anadolu Agency (AA), Avcı said the ministry had investigated 490 personnel so far, 317 of which have been suspended while the remaining were dismissed for being FETÖ members.

He also announced the ministry would organize three major competitions in poster, design and video in commemoration of the July 15 martyrs.

"Many documentary and film projects about July 15 have been submitted to the ministry. I have already promised a film project for Ankara's heroic district of Kazan. We will also open a museum to cherish the memories of our martyrs," Avcı said.

Seven civilians were killed near the Akıncı 4th Central Jet Command Base in Ankara's Kazan district.

At least 61 police officers were arrested in Istanbul yesterday for using the encrypted smartphone messaging app, ByLock which was known to be used by members of FETÖ for internal communication.

The Istanbul Chief Public Prosecutor's Office demanded the arrest of the suspects, including a police chief and deputy police chiefs. An Istanbul Criminal Court of Peace ordered their arrests and the release of four others under judicial control and a ban on leaving the country. Previously, 99 police officers were arrested on the same charge.

Testimony from Gülenists in the bureaucracy detained after the July 15 putsch attempt pointed to the prevalence of the use of apps in communication between members of the group. Prosecutors say Bylock was popular among Gülenists for secretive communications between 2013 and 2015, and after 2015, the terror group turned to Eagle IM, which offers "256-bit end-to-end AES encryption" for its users, according to the description of the app in the Google Play Store. The app's developers also promise protection from "Man In The Middle" attacks or hacking into chats between two people that enables message altering by one of the two parties. Similarly, Bylock offered an eight-digit password for users and highly secure encryption.
Last Update: Oct 19, 2016 10:06 am
RELATED TOPICS