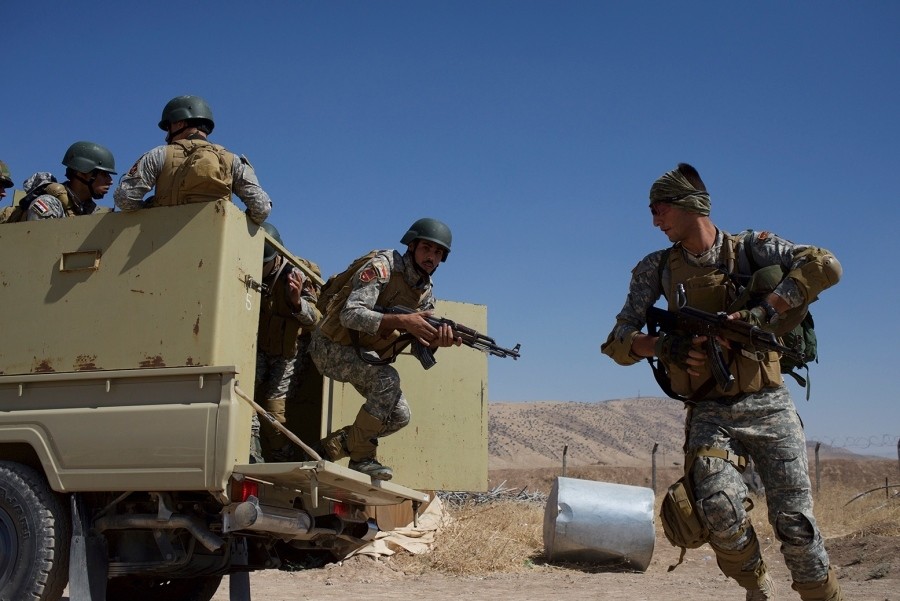 Former Mosul governor and head of the Nineveh Guards Atheel al-Nujaifi said Turkey's likely participation in the Mosul post-operation will give confidence to the people of Mosul, adding that their troops are positioned near the Mosul Dam waiting for the Iraqi army's call to act

As the repercussions of the start of the Mosul operation continue, it remains to be seen how long it will take to liberate the city from Daesh terrorists and what will be done to establish order and security in Mosul once the operation is complete. Having trained the Nineveh Guards in Bashiqa which consist of two brigades and six battalions, Turkey's military presence in Iraq has led to a fierce dispute between the two countries with Iraq opposing Turkish involvement in the Mosul operation. In an exclusive interview with Daily Sabah in Irbil, former Mosul governor and head of the Nineveh Guards Atheel al-Nujaifi said, "The people of Mosul trust Turkey more than any other actor to provide security and establish order fairly." Despite such support, Turkey's demands are being met by staunch opponents, namely, the Iraqi central government - with President Recep Tayyip Erdoğan asserting that Turkey will be involved in the operation and sit at the table after the city is liberated. 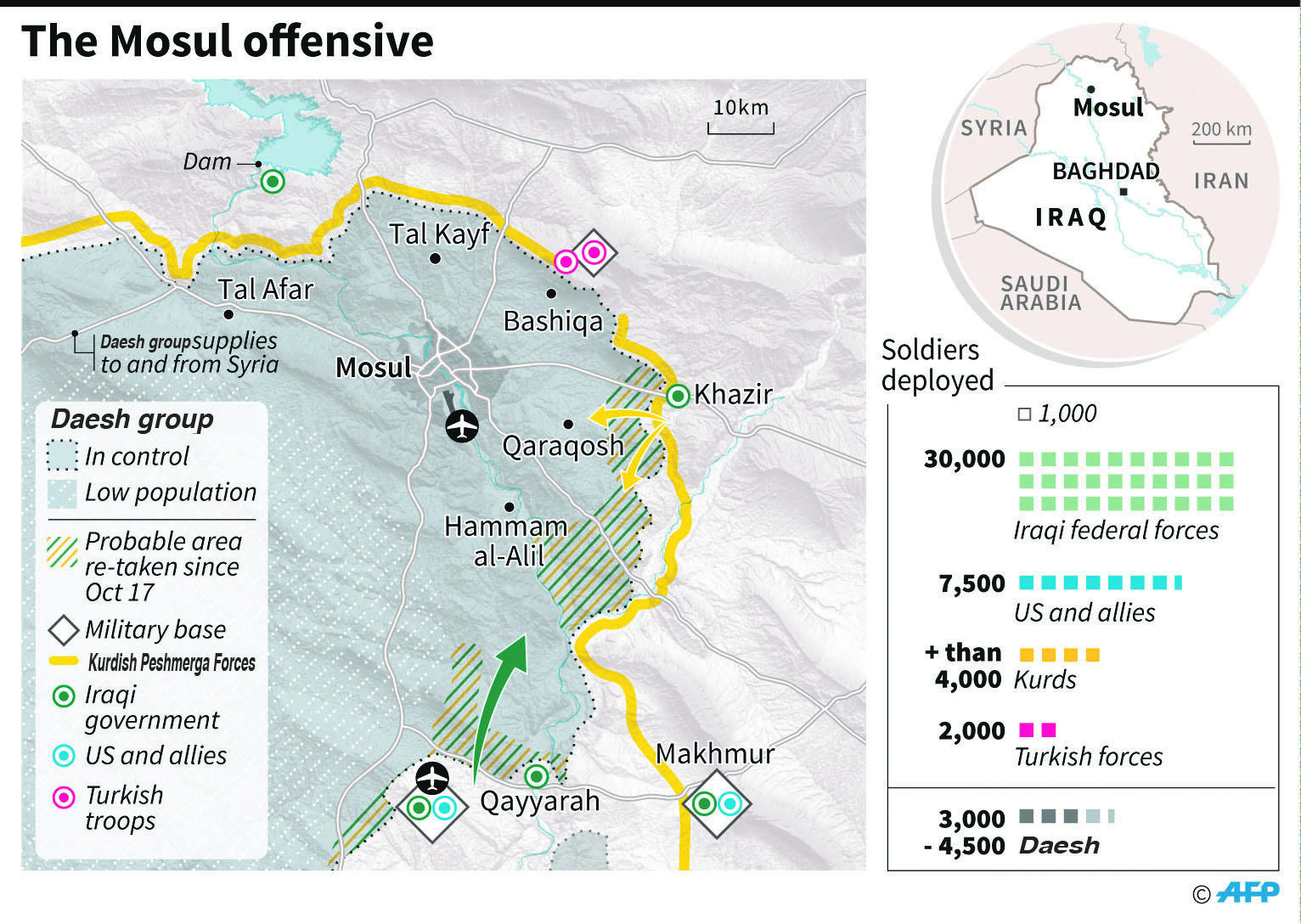 On a similar note, al-Nujaifi went on to say that "Turkey's likely participation in the Mosul post-operation will give confidence to the people of Mosul," adding that Turkish military presence would benefit the people of Iraq's second largest city.

Peshmerga forces kicked off the Mosul operation in the early hours of Monday and have quickly liberated more than nine villages so far. The peshmergas currently hold their positions and wait for the Iraqi army to move forward and lead the way toward Mosul. 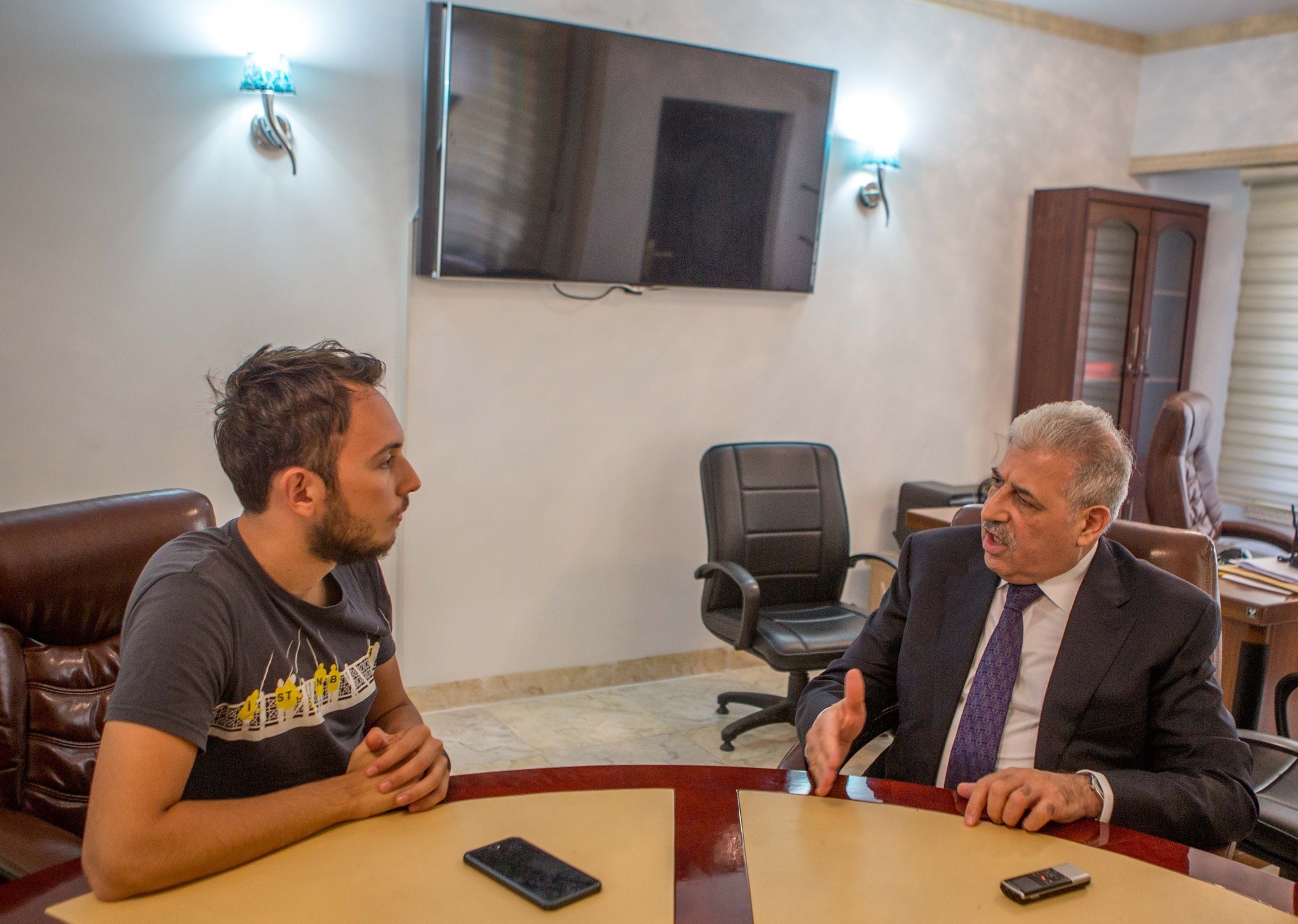 Meanwhile, the Iraqi army has been trying to cope with difficulties on the way to the city. Suicide bombings, booby traps and improvised explosive devices (IEDs) planted by Daesh prevent the army from making swift advances. On Tuesday, the Iraqi army acknowledged that the march to Mosul has slowed down for the said reasons.

Despite the struggle the Iraqi army faces in overcoming the said difficulties, the Iraqi government vehemently opposes Turkish support in the operation, with the Iraqi prime minister being a fierce opponent of Turkish troops.

The head of the Nineveh Guards does not agree with the prime minister. "We need artillery and air support to advance to Mosul. Turkey could provide both," Nujaifi said, stressing the need for Turkey's participation in the operation.

Commenting on the future of Mosul after its liberation, the former governor said the Iraqi army will leave Mosul once the operation is complete. "Only local police forces and our Nineveh Guards will stay. We will do our best to establish peace and order," he asserted.

When asked if there is a possibility of sectarian war and division in Mosul, Nujaifi assured that there will not be any: "We cannot talk about a sectarian war in Mosul but in Tal Afer. The Shiite militia could cause a problem there," he contended.

As the operation gradually advances to Mosul, it is feared that hundreds of thousands of people from Mosul could flee to Turkey. The U.N. High Commissioner for Refugees (UNHCR) issued an appeal for an additional $61 million to provide tents, camps, winter items and stoves for displaced refugees inside Iraq as well as other refugees who need shelter in the two neighboring countries.

"The UNHCR is concerned that the events in Mosul may cause up to 100,000 Iraqis to flee towards Syria and Turkey," it said.

Nujaifi said the situation looks worse for Turkey. "At least 1 million people will flee to Turkey. They do not have anywhere to live but Turkey," he asserted, adding that the Kurdistan Regional Government (KRG) is not sufficient enough to host that many people.

More than 3 million people have already been internally displaced in Iraq and other aid agencies say up to 1 million could flee Mosul, which has a population of 1.5 million and has been the proclaimed "caliphate" by Daesh since 2014.

Meanwhile, there have been rumors of Daesh leaders and militants escaping from Mosul. "Not all militants have left the city. There are fierce clashes underway. However, I also heard that some Daesh leaders may have escaped," Nujaifi said.