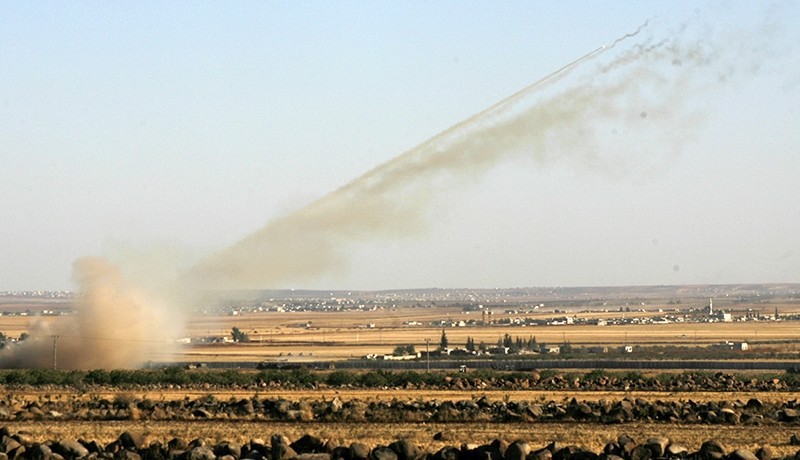 Turkish airstrikes and shelling have targeted 40 Daesh and six PKK and PYD terrorist positions in northern Syria, while 18 terrorists were killed in anti-terror operations in southeast Turkey, military sources said on Friday.

According to the sources, 18 PKK terrorists were killed in anti-terror operations conducted in rural parts of Turkey's southeastern Hakkari province on Thursday.

Operation Euphrates Shield was launched in August to rid the north Syrian border area of terrorists. The campaign has seen both Daesh and the PKK/PYD targeted by the Free Syrian Army and Turkish tanks, artillery and aircraft.

The PKK resumed its decades-old armed campaign in July last year. Since then, PKK terrorist attacks martyred more than 700 security personnel and also claimed the lives of many civilians, including women and children, while nearly 8,000 PKK terrorists were killed in army operations.

Iraq has suffered a devastating security vacuum since mid-2014, when Daesh captured the northern city of Mosul, now the subject of a large offensive to retake it, and overran large swathes of territory in northern and western parts of the country.