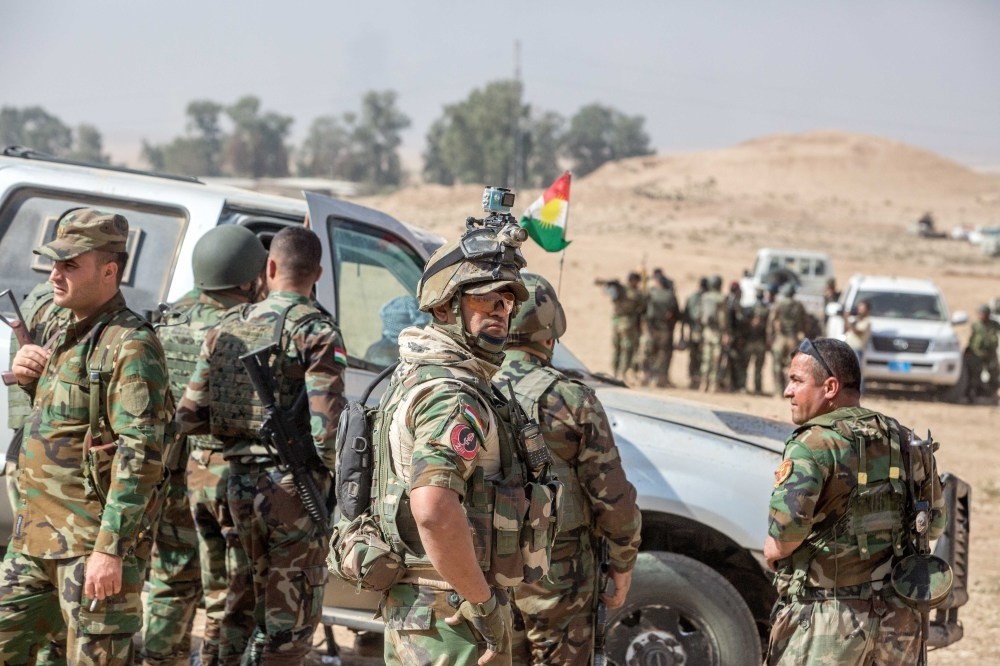 by Yunus Paksoy Oct 22, 2016 12:00 am
They did not hesitate to join the peshmerga when a terrorist group called Daesh started storming towns in Iraq years ago. Many members of the peshmerga left their children, wives, husbands and family behind to protect their land. Fighting in the Mosul operation, they appreciate Turkey's support to their cause in the fight against Daesh. As we marched toward one of the peshmerga fronts in the Bashiqa region together with the fighters, a group of female peshmergas caught our eye. With the flag of the peshmerga painted on their faces, the patriotic female fighters were on their way to the front to take on Daesh terrorists. 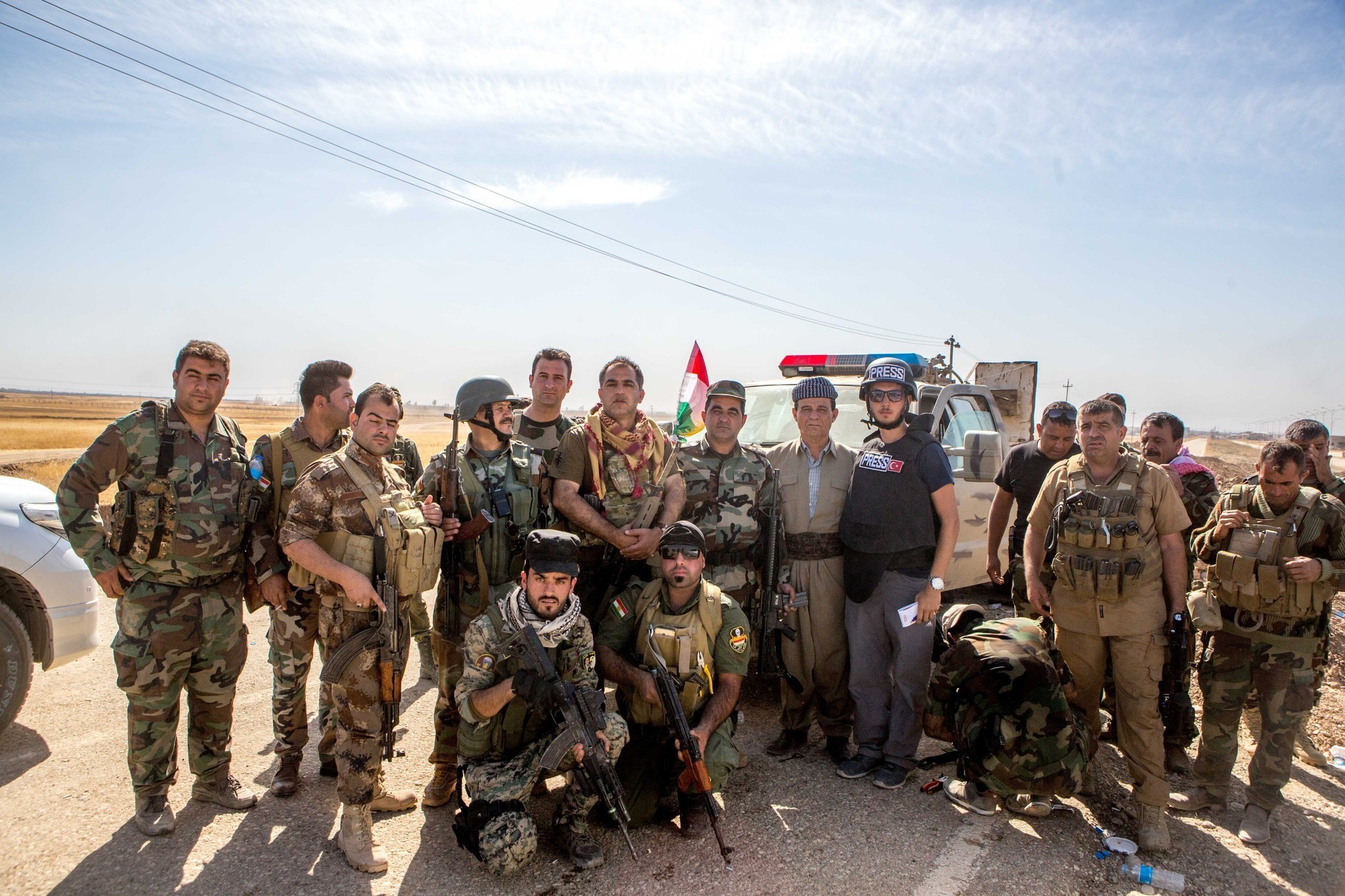 Newa Solin has been fighting on one front or another since early 2014 to save the future of her people. Solin recalled the difficulties she endured in the beginning as a 23-year-old girl on peshmerga fronts. The toughness could be seen in the eyes of female peshmergas. They had to if they were to take on violent Daesh terrorists. The risk of losing their soil to Daesh militants has given them an extra boost on the front. "My mother and father reside in Iran. I joined the fight in 2014. I have never been injured or shot at since then," Solin told us proudly. Solin's mother and father are looking forward to the day that they will reunite. For some peshmergas, those looking out the window to see them coming back are not only mothers and fathers.

Ciwan Ali, a 27-year-old peshmerga from Irbil, has three children back home. "I've just spoken to my wife," Ali said, adding that she has been worried for some time about his situation in the war. Whether it is Ali, Solin or another peshmerga, the fighters at the front do not fear Daesh terrorists. They tell their family and relatives to be strong and not be afraid.

"I told my wife and eldest son to not be worried. We are doing well here," Ali asserted. 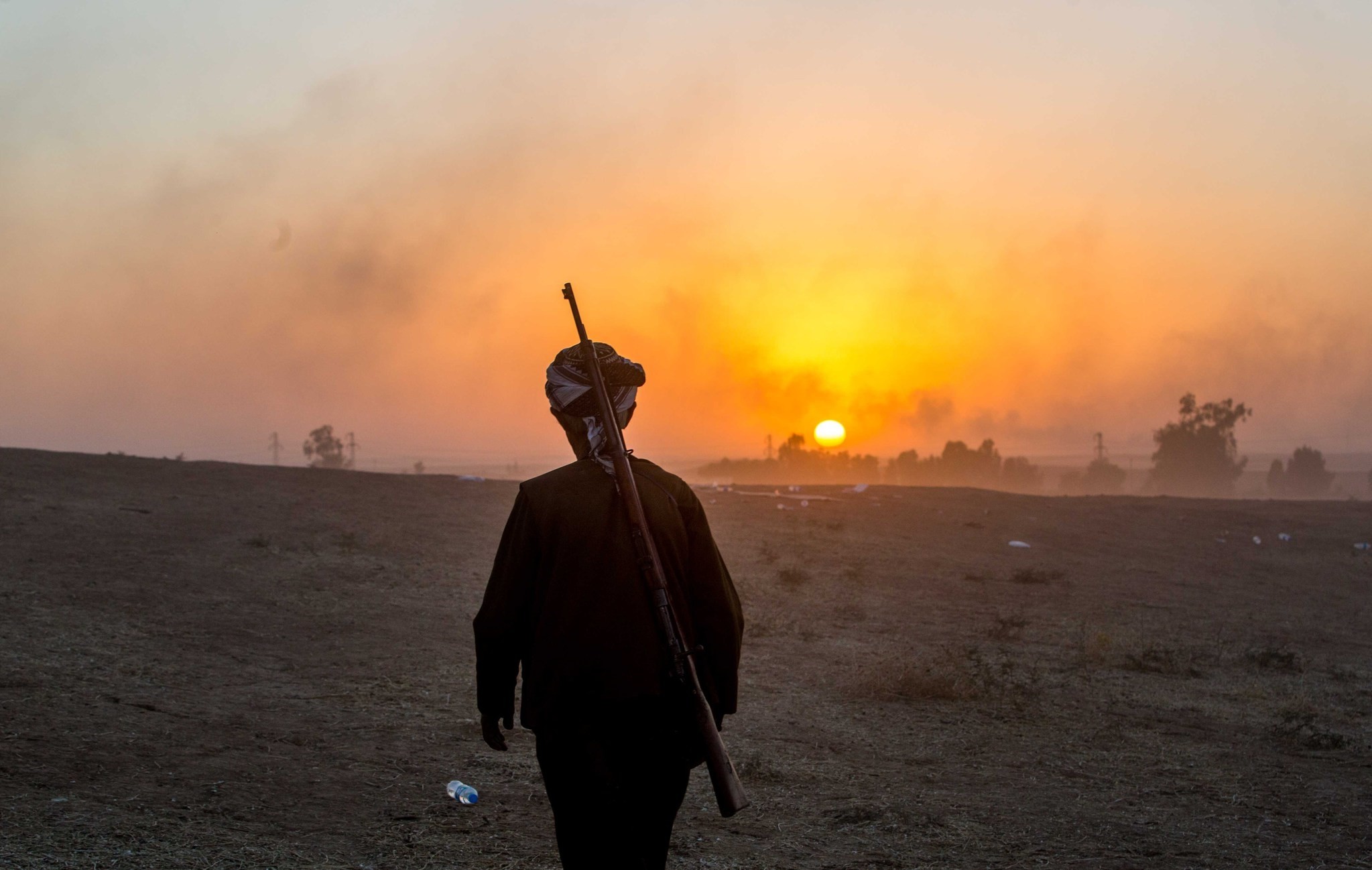 Many peshmerga fighters have had to sacrifice their lives to save others. For Solin it was her education. She quit university in 2014 before joining the peshmergas. "I had two choices: Either stay in the university to continue my studies or join the peshmerga ranks to save my people," she recalled.

To make his wife's worries go away Ali explains to her how the peshmerga makes advances every day against the terrorists. "As I said, I tell them not to worry. She feels more confident about our fight when she hears about our victories and advances," he said.

Sait Çürükkaya, one of the commanders on the Narawan front, told Daily Sabah that the peshmerga fights on three fronts and the ultimate target is to reach the outskirts of Mosul. 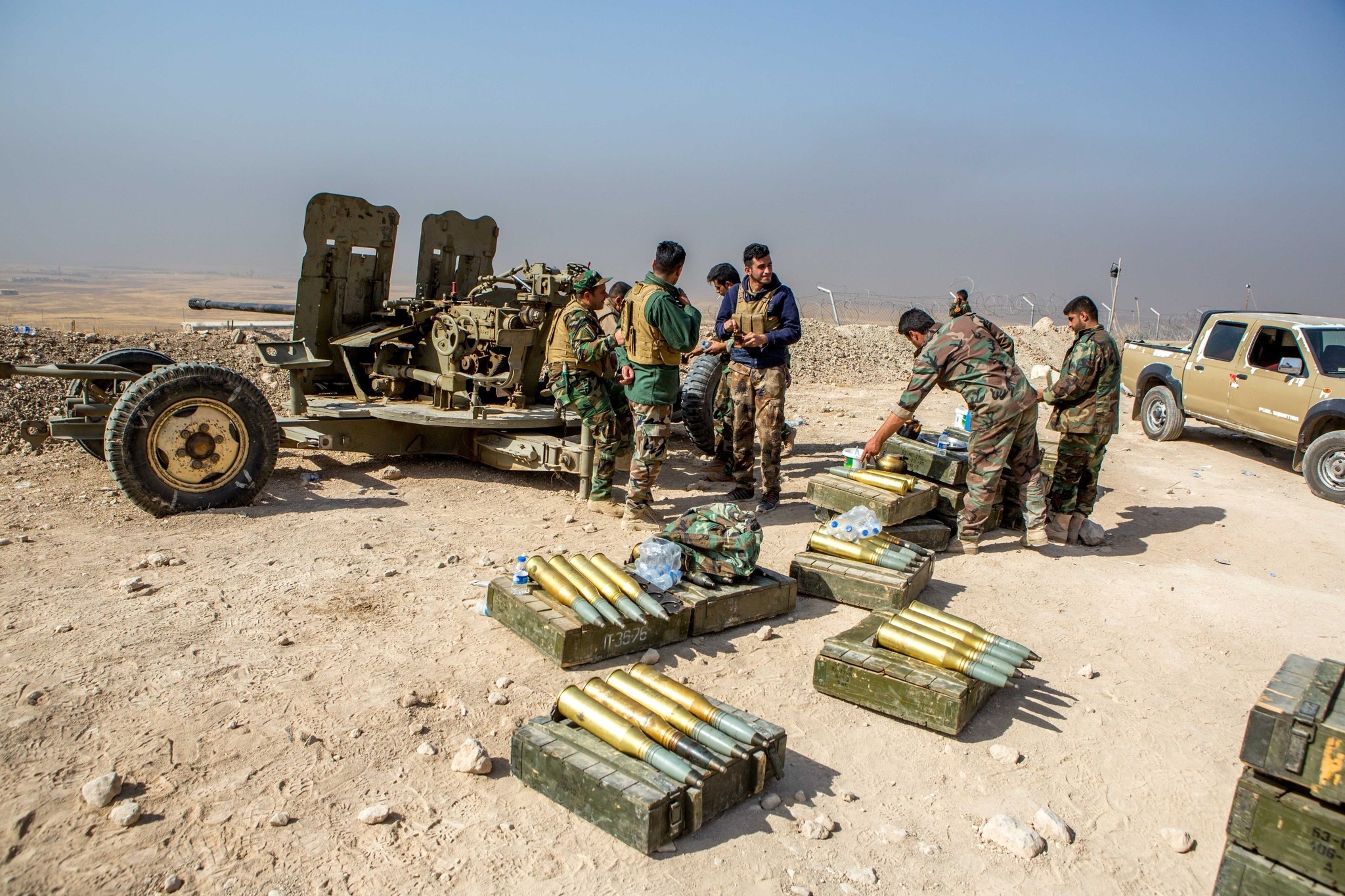 Commenting on Turkey's support to the peshmerga, the commander said that the fighters appreciate it. "We need help from all countries. Turkey is one of the countries that lend great support to us. We are grateful for that," he said.

Helgurt Hikmet, spokesman for the Ministry of Peshmerga, recently told Daily Sabah in an exclusive interview in Irbil that the peshmerga is grateful to Ankara as wounded peshmergas receive treatment in Turkey.

Drawing attention to Turkey's offer to help the peshmerga in its fight against Daesh, Hikmet said that some 60 peshmerga forces were recently taken to Ankara for treatment in the hospital. "I talked to Turkish officials in Irbil. They said they would help with the treatment of the peshmerga," he said, adding that the Peshmerga appreciates the collaboration.

Çürükkaya shared the latest information regarding the peshmerga's fight to retake the Daesh-held city of Mosul. "There are five fronts in total in the Mosul operation. The peshmerga fights on the Bashiqa, Hazr and Narawan fronts. The Iraqi army will make advances from the Mosul dam and Tel Eskuf," he said, adding that the Narawan front, on which Daily Sabah has been covering the war, is close to achieving its goal.
RELATED TOPICS