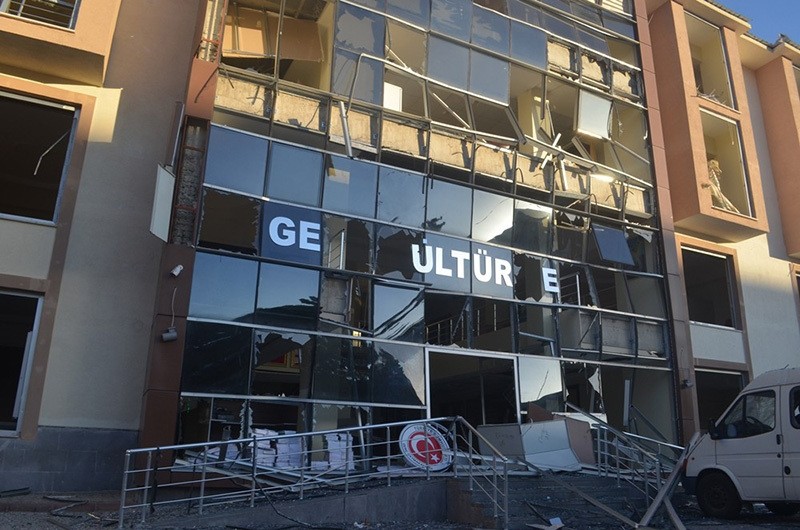 Two police officers were killed and 20 people were injured in a car bomb attack by PKK terrorists in the Genç district of eastern Bingöl province on late Saturday.

The car bomb parked in front of the district governorate building in the town center was detonated approximately at 10:50 p.m., the Bingöl governorate said in a statement.

The blast caused power cuts in the town, whereas various residences and shops also suffered damage.