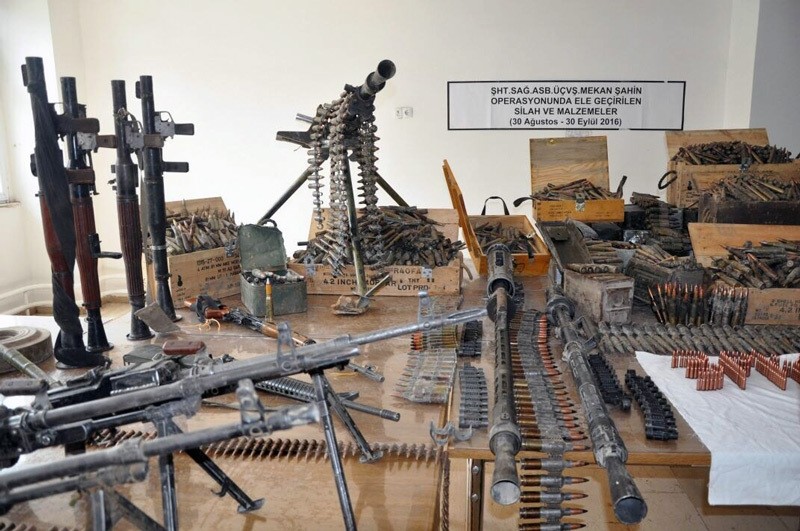 Nearly 1,400 PKK terrorists have been killed during security operations inside and outside of Turkey from early September to late October, Anadolu Agency's analysis based on official figures reveals.

Turkish security forces are continuing to fight against the PKK terrorist group, who aim to disturb the peace and tranquility of the public across the country and target civilians as well in their attacks.

During the operations carried out between Sept. 1 and Oct. 23, a total of 1,450 terrorists were neutralized, of whom 1,361 were killed, 23 surrendered and 66 captured.

A total of 113 security personnel were also killed, including 75 soldiers, four police, and 34 village guards.

In operations against the PKK and its young wing, 902 PKK suspects were arrested, 277 of whom were taken into custody, including officials of the Democratic Regions Party (DBP) and the opposition Peoples' Democratic Party (HDP).

In 53 days, 33 bomb-laden vehicles were destroyed in the country's southeastern and eastern regions, including Şırnak, Muş, Van, Hakkari, Diyarbakır, Bitlis and Tünceli provinces.

The PKK, which is listed as a terrorist organization by Turkey, the U.S., and EU, resumed its decades-old armed campaign in July last year.

Since then, PKK terrorist attacks have killed more than 700 security personnel and also claimed the lives of many civilians, including women and children, while more than 8,000 PKK terrorists were killed in military operations.