Turkey to give US new evidence for Gülen's arrest 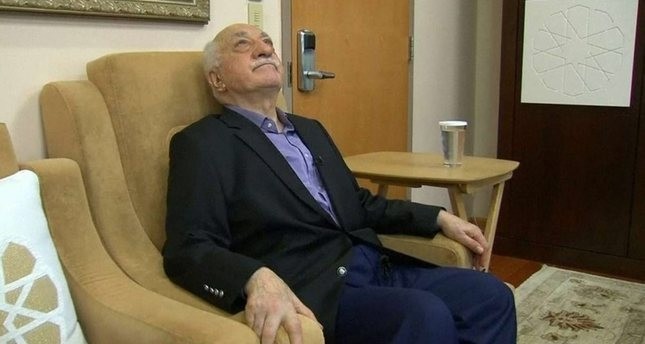 by Anadolu Agency Oct 25, 2016 12:00 am
Turkey will give the U.S. new evidence on its arrest request for Fethullah Gülen, the mastermind of the failed July 15 coup that killed 241 people, according to judicial sources.

The sources, who spoke on condition of anonymity due to restrictions on talking to the media, said Monday that Justice Minister Bekir Bozdağ will share new evidence obtained since Sept. 10 with his U.S. counterpart, Attorney General Loretta Lynch.

Bozdağ will leave for the U.S. on Tuesday to meet with Lynch to discuss Turkey's official request for the provisional arrest of terrorist leader Gülen, according to Justice Ministry sources.

Turkey has officially submitted evidence to the U.S. that Gülen's network established a quasi-state within the Turkish state in an attempt to topple the government and ultimately tried to take over the state via a bloody coup.

Turkish authorities also issued an official request for Gülen's extradition under a 1979 treaty between Turkey and the U.S.

During his four-day official visit, according to his official schedule, Bozdağ is also due to attend a panel discussion on the July 15 coup attempt organized by the Foundation for Political, Economic and Social Research (SETA) and inaugurate Anadolu Agency's photo exhibit on "The Rise of the National Will" in Washington.

At least 241 people were killed and nearly 2,200 injured in the failed coup, which the government said was organized by followers of Fethullah Gülen, the Gülenist Terror Group (FETÖ) leader who lives in self-imposed exile in Pennsylvania, in the U.S.

Gülen is accused of leading a long-running campaign to overthrow the Turkish government through the infiltration of state institutions, particularly the military, police, and judiciary.
RELATED TOPICS