Turkey ready for all threats against its security, defense minister says 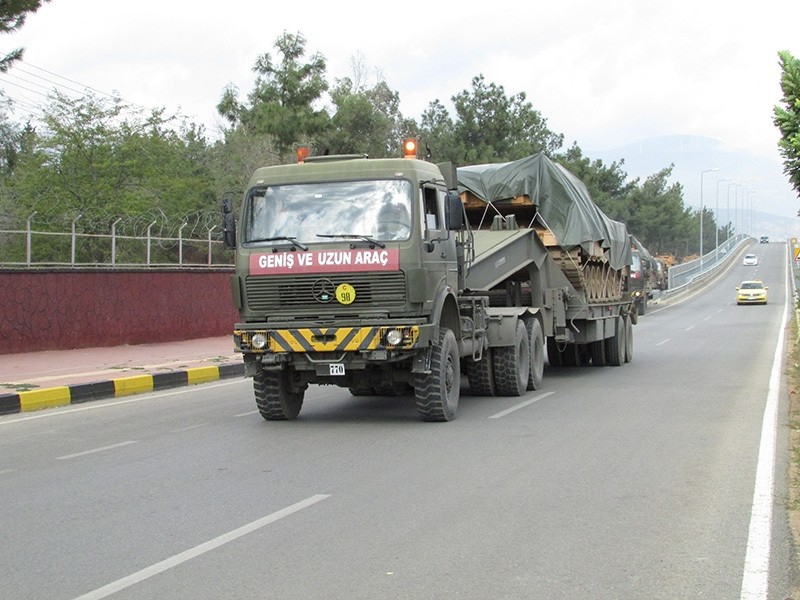 The TSK deployed military vehicles from the capital Ankara and the central Çankırı province yesterday to Turkey's Silopi district of the southeastern Şırnak province on the Iraqi border.

"There are important developments in our region. On one hand, Turkey is in a very serious fight against terror but there are other important developments on the other side of our borders. Turkey must be ready for all possibilities, these [deployment of military vehicles] are part of these preparations," Işık said.

Commenting on the developments of the Mosul operation, Işık said diplomatic talks are continuing with Iraq's central government but if Turkey's red lines are crossed it will do what is necessary. "Developments that would change Mosul's demographics are Turkey's red lines. We are talking on these issues with Iraq and the [anti-Daesh] coalition. Of course, in the meantime Turkey is making the necessary preparations," Işık added.

Ankara has expressed its stance against foreign forces fighting in Mosul against Daesh, arguing that Mosul's liberation should be done by supporting local forces in addition to the Iraqi army. Turkey says if outside forces, particularly the Shiite Hashd al-Shaabi militants, are involved in the Mosul offensive it will lead to a sectarian conflict which would turn the crisis into a regional problem.

"Nobody should expect Turkey to remain silent on instability. We will not turn a blind eye to Turkey's regional security, as well as a loss of right of the people it has historical ties with," Işık said, adding Ankara's steps are not a threat to Iraq's sovereignty but rather necessary measures taken to ensure the terror groups' aims to establish bases in Mosul are thwarted.

The deployment comes after President Recep Tayyip Erdoğan said on Saturday Turkey was aiming to reinforce its troops there, saying Ankara would have a "different response" for Shiite militia groups if they "cause terror" in the Iraqi city of Tal Afar.

Tal Afar, some 170 km (106 miles) from Silopi, is home to a sizeable ethnic Turkmen population with historic and cultural ties to Turkey.

Şırnak province, where Silopi is located, is also one of the main areas of conflict between the Turkish military and PKK militants, who have bases in northern Iraq.