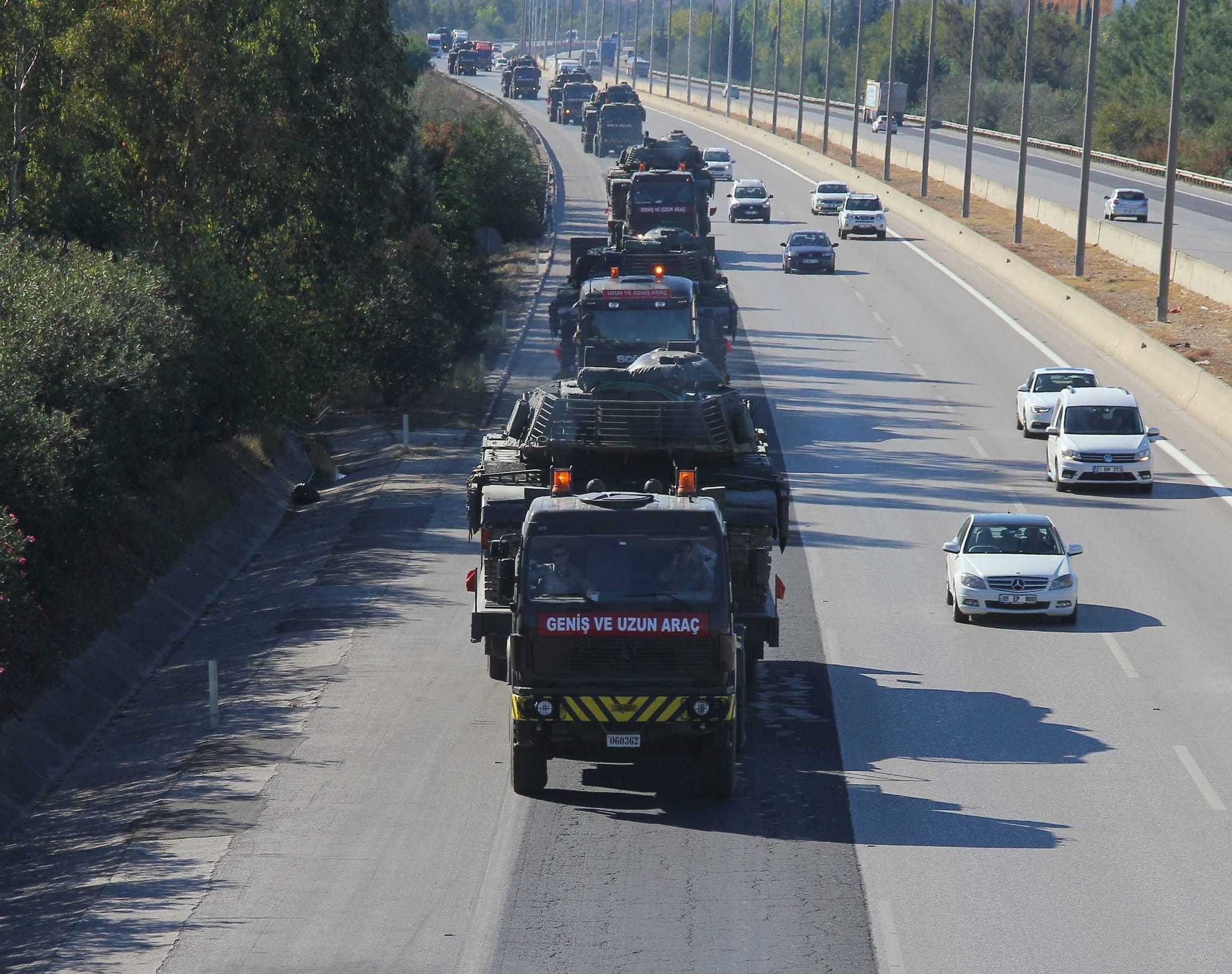 With that in mind, Minister Işık, along with commander of the Turkish Land Forces, Gen. Salih Zeki Çolak, arrived at the border, where the minister made critical remarks following lunch with military personnel. "As Hatay is a crossing region, we are taking all means of measures. Our determination on counterterrorism will continue. It will continue until the terror group is completely eliminated and the weapons are buried," Işık stressed.

Ankara has previously expressed its stance against foreign forces fighting in Mosul against Daesh, arguing that Mosul's liberation should be done by local support forces in addition to the Iraqi army. From that perspective, Deputy Prime Minister Numan Kurtulmuş underlined that Turkey is closely monitoring the developments on its border as he further noted during a television interview that "a blaze on our doorstep could spread over to us at any moment."

With Turkey's growing concerns about changes to Mosul's demographic structure, as well as a possible refugee influx if the Mosul operation continues, Turkey's Foreign Minister Mevlüt Çavuşoğlu also stressed that the PKK terror group is aiming to establish another headquarters in the northern Iraqi region of Sinjar, similar to the one in the Qandil Mountains. "[The PKK] is trying to establish Sinjar as the second Qandil. Thus, we are taking measures and will intervene if necessary," Çavuşoğlu said.

Director of security studies at the Ankara-based think tank Foundation for Political, Economic and Social Research (SETA), Murat Yeşiltaş, told Daily Sabah on Wednesday that if Turkey is confronted with a fait accompli in Tal Afar, meaning the extremist Hashd al-Shaabi group in Iraq moving toward Tal Afar and leading to possible advancement of Daesh in the area, then it would cause Turkey's direct intervention in the region. However, Yeşiltaş stressed that since the Iraqi administration would not dare to allow the Hashd al-Shaabi's advancement; Turkey is only taking preventive measures at its border.

Minister Işık reiterated Turkey's "red lines" in Iraq: Any development leading to change in Mosul's demographics and advancement of non-local groups entering Mosul which may lead to further conflicts in the region; emphasizing that it would do what is necessary if these are crossed. On that note, the retired military officer and security specialist Abdullah Ağar has stated that there are two fundamental ideas in the recent deployment of military vehicles: Deterrence, and preparedness toward a possible development, allowing immediate reaction.

Ağar continued by underlining several developments that would lead to Turkey's direct intervention in Mosul, saying the first is the growing threat caused by the PKK possibly declaring headquarters in Sinjar, where it already has three bases established. The second is Turkey's concerns regarding Tal Afar. He went on by underlining that any interference in the TSK's Bashiqa presence is a development that would cause Turkey to intervene.

Stating that Turkey aims to establish a similar "safe-zone" region in northern Iraq, perhaps under the name "Tigris Shield," Ağar further noted that there is currently increasing mobility in the region that may lead to a serious sectarian crisis due to the Hashd al-Shaabi's involvement in the Mosul operation. He further noted that the deployment of additional military vehicles is not an unexpected development, and that any intervention in Iraq would not only be conducted through ground operations but rather aircraft, stating that close air support has also been deployed to Turkey's borders.
Last Update: Nov 03, 2016 1:00 pm
RELATED TOPICS