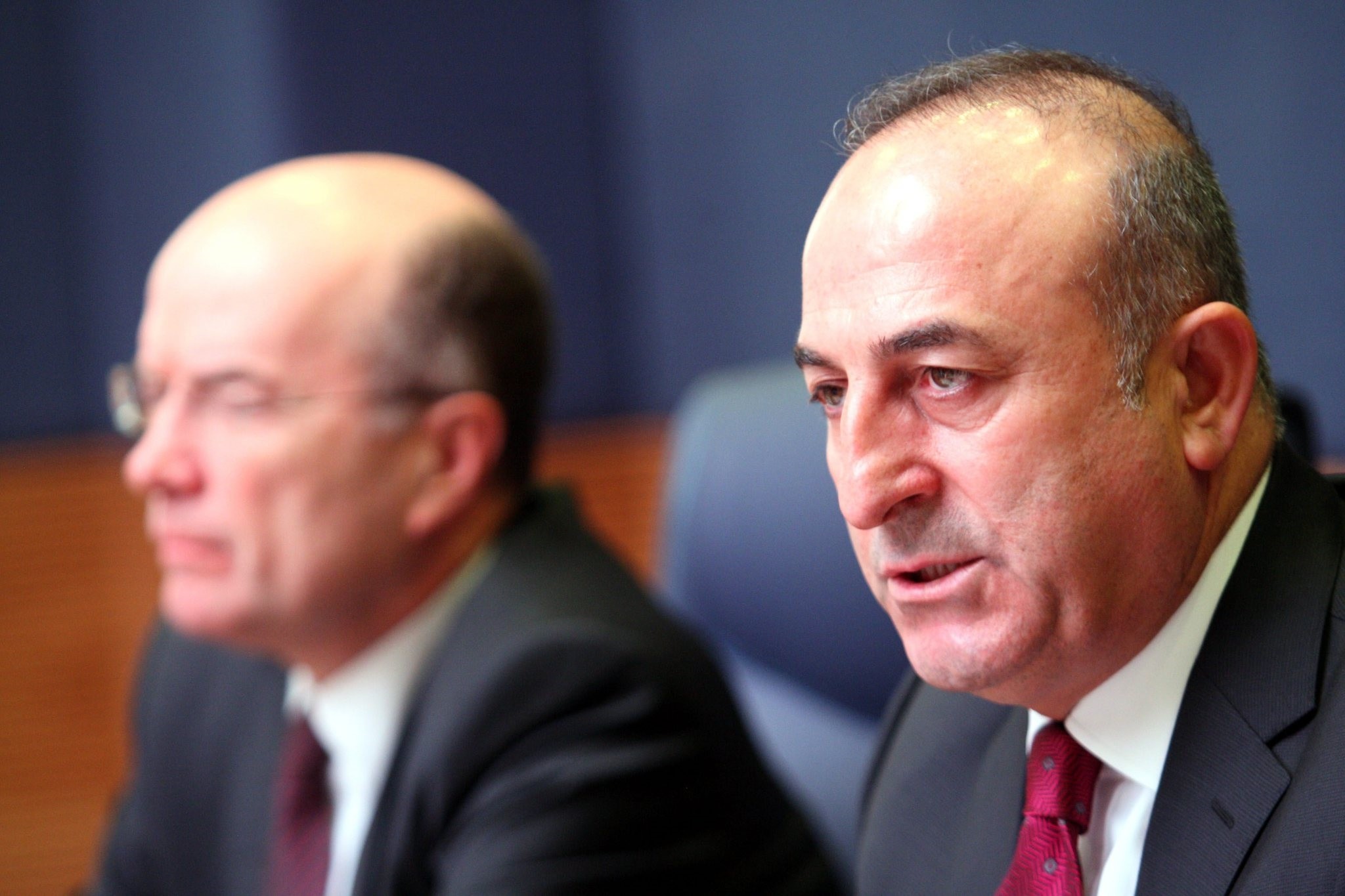 Foreign Minister Mevlüt Çavuşoğlu has criticized the stance of the EU on Turkey's fight against the PKK terrorist group.

Speaking to reporters in the western Izmir province Friday, Çavuşoğlu said: "Most of the European countries, unfortunately, give very strong support to the PKK today. We do not accept that they [EU] teach us the rule of law or democracy again."

The minister's speech came after the reaction of the European countries to the detentions of the co-chairs and several deputies of the opposition Peoples' Democratic Party (HDP) on Friday for failing to answer court summons linked to a counter-terrorism investigation.

Çavuşoğlu said EU states only criticized Turkey, never describing the PKK as a terrorist organization or urging the group to lay down its arms.

"Likewise, I have not seen any [European] country or officer advising the HDP to put some distance between terrorism and itself," he said, adding that he hoped the EU would take lessons and recognize the Turkish government, Turkish laws, its courts and institutions.

Friday's detentions came after prosecutors in Turkey's east and southeast ordered the arrests of HDP co-leaders Figen Yuksekdag and Selahattin Demirtas along with 13 other HDP deputies.

"These developments add to the concerns we expressed after the immunity of more than 130 democratically-elected members of parliament was lifted in May this year. They compromise parliamentary democracy in Turkey and exacerbate the already very tense situation in the southeast of the country, for which there can only be a political solution," the EU said.

The HDP lawmakers face prosecution under anti-terrorism laws after their immunity was lifted earlier this year.

After the EU's reaction, Çavuşoğlu spoke with the EU foreign policy chief, Federica Mogherini, and the secretary-general of the Council of Europe, Thorbjorn Jagland, about the detentions over the phone.

According to a diplomatic source, Çavuşoğlu gave detailed information about the summons process and said that all steps had been taken in line with the country's law.

EU Affairs Minister Ömer Çelik also spoke over the phone with Mogherini, who told her that Turkey expected the bloc to not become an instrument to the propaganda of the terrorist PKK group, Çelik's ministry said in a written statement late Friday.

Turkey would be in touch with the EU regarding the developments. "EU should make balanced statements instead of one-sided calls on the Turkish institutions with imperfect knowledge," he added.

Among the charges facing the HDP lawmakers are offenses of spreading terrorist propaganda in relation to comments made in October 2014, after Daesh militants entered the Syrian border town of Kobani, also known as Ayn Al-Arab.

The government has also accused the HDP of having links to the PKK, which is listed as a terrorist organization by Turkey, the EU, and U.S.