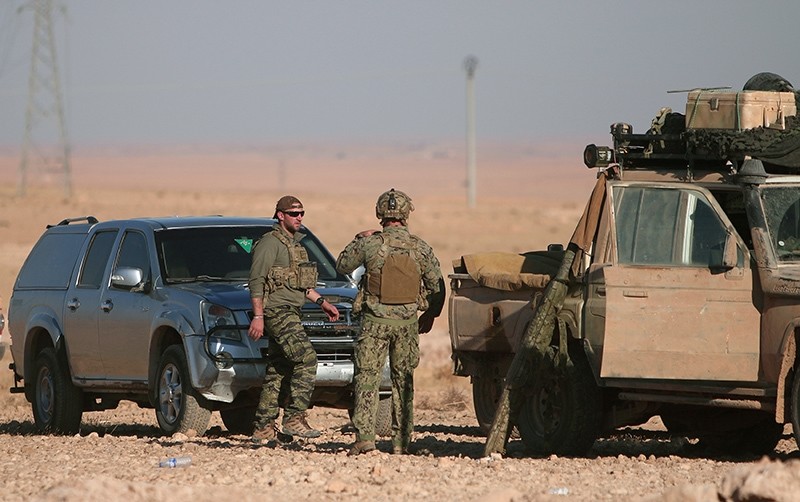 The use of non-Arab forces to liberate the Daesh-held city of Raqqa in Syria will not contribute to regional peace, Deputy Prime Minister Numan Kurtulmuş said on Monday, as he expressed Turkey's concerns about the ongoing U.S.-backed operation by the Syrian Democratic Forces (SDF), which is dominated by terrorists from PKK's Syrian affiliate the Democratic Union Party's (PYD) People's Protection Units (YPG).

Speaking after a cabinet meeting in Ankara, Kurtulmuş warned that the demographic structure of Raqqa would be threatened if the SDF takes over the city.

"Turkey would not like to see Raqqa, which is an Arab city in its entirety, to be captured by elements that are not Arabs and to be administered by them" Kurtulmuş said.

He continued by highlighting once again that the use of a terrorist organization to get rid of another one cannot be legitimized.

On Sunday, the U.S. said it is in "close contact" with Ankara over the assault launched by the SDF, to recapture Daesh bastion Raqqa in Syria.

Kurtulmuş also noted that Turkey-backed Free Syrian Army (FSA) fighters have 12 km left to advance to al-Bab, and 173 villages in Syria have been liberated from Daesh terrorists, as part of Operation Euphrates Shield. The FSA is expanding operations to al-Bab due to its geostrategic position between the cities of Manbij and Aleppo. It is also aimed at sweeping out Daesh and liberating the people of al-Bab.