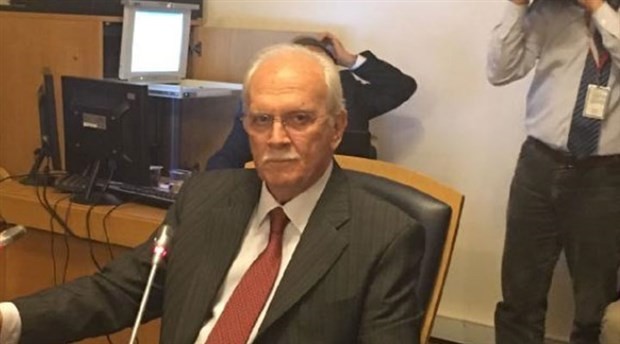 Former National Intelligence Organization (MİT) official Emre Taner said Wednesday that the government's 2009 talks with the PKK terrorist organization had aimed for reconciliation and put a halt to 40 years of bloodshed, but the whole peace process was sabotaged by foreign powers and the Gülenist terror cult (FETÖ).

In a meeting with the Turkish Parliament's commission investigating the July 15 Gülenist coup attempt, he said that the talks with the terrorist group was not "treason" but only an effort to stop PKK terrorists.

"We started the Oslo talks to prevent foreign powers from using the PKK as a tool. Many of them are in affiliation with the terrorist group," he said.

"Gülenists were disturbed about it as the terror problem was being solved by Recep Tayyip Erdoğan's government," he added.

Not mentioning directly a specific group or intelligence organization that leaked the audiotape of the talks, he said: "Those who did not want the peace process to succeed leaked the tape," pointing to the prime suspect, the Gülenist terror cult.

"The December 17-25 judicial coup attempt was a more complex repetition of February 7, loaded with revanchist feelings," he said.

On Feb. 7, 2012, a Gülenist prosecutor wanted to question MİT head Hakan Fidan, after which he aimed to expand the case and detain then-Prime Minister Erdoğan. This Gülenist move was interpreted as a sign to topple Erdoğan.

Later in 2013, the Dec. 17-25 coup attempt took place. Gülenist prosecutors launched investigations against some ministers and police officers, while wanting to detain Erdoğan's son, Bilal Erdoğan. The Dec. 17-25 events went down as a Gülenist coup attempt in history in Turkey.

On July 15, a small group of Gülenist militants embedded in the ranks of the Turkish military launched a coup attempt, ultimately failing thanks to the resistance of Turkish nation as a whole. As a consequence of the bloody attempt, 241 citizens were killed and 2.195 others were wounded.