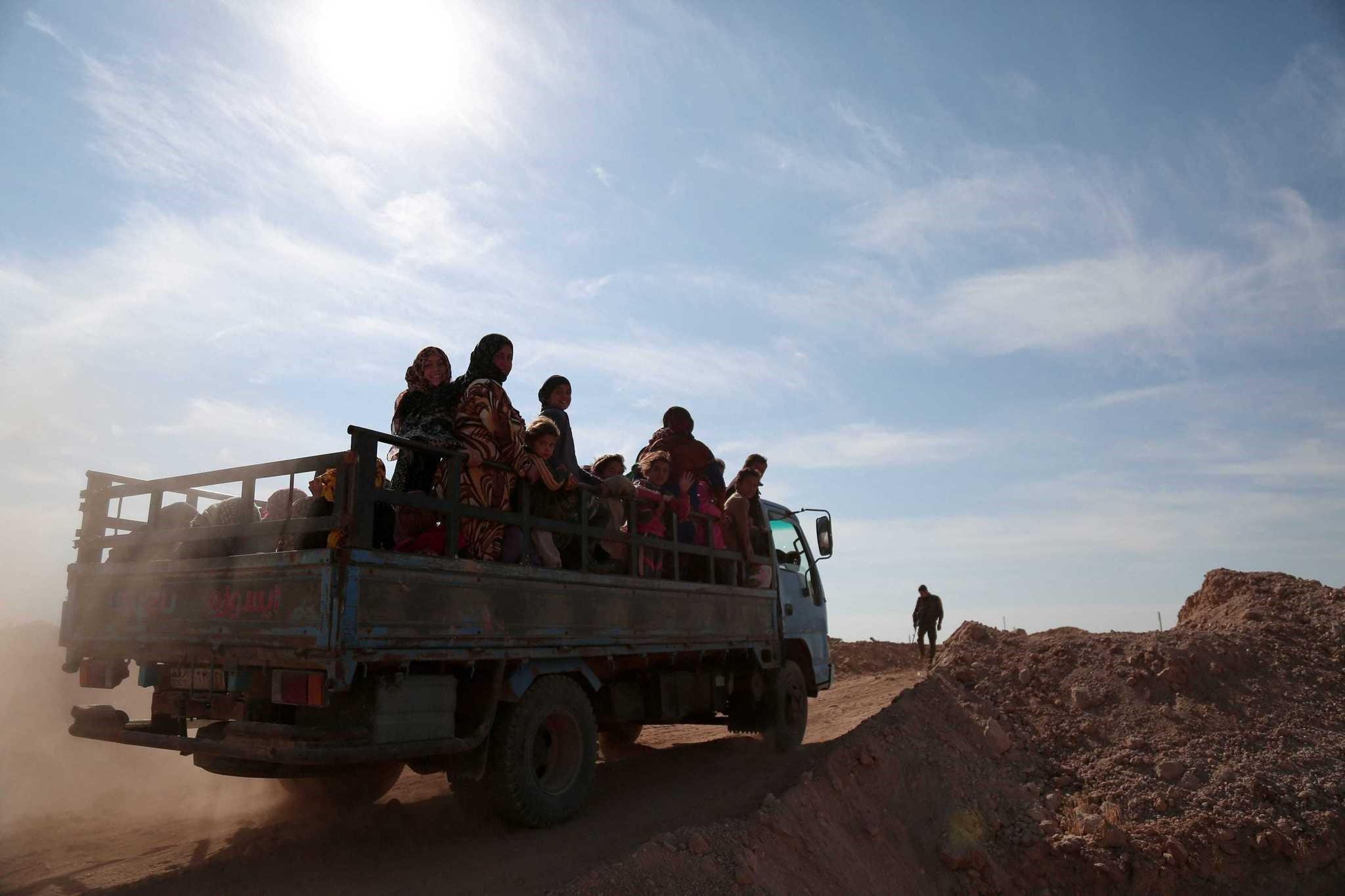 Despite Ankara repeatedly voicing concerns about Washington's collaboration with the PKK-aligned YPG, the US continues to support the terrorist group. Experts underline that the US and Iran are establishing new sociology in the region

With a few weeks left until the start of the Raqqa operation in Syria, Turkey's Foreign Minister Mevlüt Çavuşoğlu reiterated the necessity of providing support to local forces similar to that in Operation Euphrates Shield. Speaking at Tuesday's joint press conference with the Bosnia and Herzegovina's Foreign Minister Igor Crnadak, Foreign Minister Çavuşoğlu stressed that Turkey wants to ensure that the "wrong groups" do not take part in the Raqqa operation against Daesh. Experts think that "regional redesign over time" by Iran and the U.S. for their own interests and benefit has begun with the inclusion of the Syrian Democratic Forces (SDF) - an affiliate of the PKK's armed franchise People's Protection Units (YPG) - in Raqqa.

Despite Ankara repeatedly voicing concerns about Washington's collaboration with the YPG, which it considers to be a terrorist group, the YPG announced last week its determination to retake Raqqa from Daesh militants without a Turkish presence on the ground. With Turkey's increasing concerns over the fate of the region on its doorstep, U.S. Chief of Staff Joseph Dunford said in a statement yesterday that "the coalition and Turkey will work together on the long-term plan for seizing, holding and governing Raqqa."

While the Chief of Staff makes promising remarks, the reality on the ground is the U.S. cooperating with the PKK-affiliate YPG; and around 30,000 YPG fighters are expected to take part in the upcoming operation. Turkey's Foreign Minister said, "The strategy we have laid out regarding the Raqqa operation is evident. We have seen, especially after the Euphrates Shield operation, that Daesh could only be eliminated via effective strategy and that it is an organization easy to defeat. We are trying to explain to everyone, primarily the U.S., that it is wrong to intervene in Raqqa with another terror organization. From the very beginning, the U.S. has told (Turkey) that the YPG could take a role in seizing Raqqa, and Dunford during his visit also said this, while stressing that they will not enter into Raqqa. We hope for this to actually happen and expect our allies to keep the promises they make."

As the government had conveyed their concerns and determination to the U.S. Chief of General Staff on the immediate withdrawal of the PKK's Syrian offshoot Democratic Union Party (PYD) and its armed wing YPG groups from Manbij, Foreign Minister Çavuşoğlu stated that Turkey keeps its promises and added, "The promise made on Manbij has not been fulfilled and despite the agreements we are still cautious. Though the Raqqa operation could be finalized positively, with terrorists like the YPG, it could also cause the locals to support Daesh."

U.S. officials have numerous times denied providing arms to the YPG, however, Çavuşoğlu stressed that Turkey is aware of its arms supply to YPG since the Kobani incidents. "We have seized those weapons in the hands of PKK, no one can claim otherwise. It is wrong for the U.S. to provide arms to such terror groups," he added. In regards to Turkey's role in the Raqqa operation, Turkey's Foreign Minister affirmed that the military officials are discussing the framework as he noted that Turkey aims to provide active support to the local forces through its special forces.

Commenting on the developments in Raqqa, Ufuk Ulutaş, a foreign policy director at the Foundation for Political, Economic and Social Research (SETA), gave a reminder that Raqqa is different from Mosul, in that the Syrians never accepted Daesh as there were many other alternative opposition groups available in Syria, unlike Iraq. "Daesh is foreign to Syrians as none of the Syrians have accepted Daesh as a savior from sectarian policies in their country. Syria has many opposition groups, in which Syrians can support and act together, whereas in Iraq there are almost no alternatives left," he added.

Underlining that it is much easier to eliminate Daesh from Raqqa compared to Mosul, Ulutaş told Daily Sabah that, "The US aims to send in PKK-led SDF to Raqqa rather than a group that the people of Raqqa supports, meaning neither the U.S. nor Iran is acting in line with either Syria's or Iraq's sociology. Rather than supporting the groups parallel to those countries' sociology, they (the U.S. and Iran) are trying to establish new sociology in the region. This is unfortunately not only benefiting Daesh but also allowing terror groups to mobilize fighters. Despite Turkey's call, the U.S. and especially Iran are trying to shape the region by considering foremost their own benefits and interests."