Turkish jets not participating in airstrikes in Syria 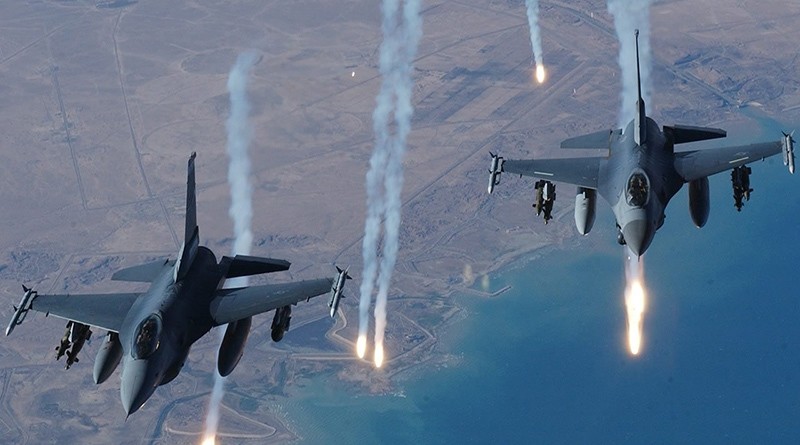 Turkish jets have not been participating in airstrikes against terrorist organizations under the scope of Operation Euphrates Shield for the past two weeks, official Anadolu Agency reported on Thursday.

According to the report, the last time Turkish jets participated in airstrikes against terrorists in Syria was on October 23, three days after around 200 PKK/PYD terrorists were killed.

As part of Operation Euphrates Shield, which was launched in August to rid the Syrian border area of terrorists, Turkey has been supporting the FSA against Daesh in northern Syria. The campaign has seen both Daesh and the PKK/PYD targeted by the FSA and Turkish tanks, artillery and aircraft.

Security sources have said that the killing of PKK/PYD terrorists have bothered the Assad Regime, whose aircraft started to lock on Turkish jets carrying out strikes after October 23.

Ankara has firmly stated that the YPG presence in northern Syria consists of a national security threat for Turkey's borders as it is linked to the PKK terror group. Turkey has long argued that there are arms and logistical equipment transferred from the YPG to the PKK. The United States sees the YPG as its main partner against Daesh in Syria, while Turkey argues that both are terror groups and Washington should not pick-and-choose when it comes to terrorist groups. Meanwhile, Ankara also argues that the arms support to the PYD by the U.S. is eventually transferred into the hands of the PKK, as well as the Daesh terror group, and they are used against Turkey.