Trump expected to turn the heat on FETÖ, extradite Gülen for better relations with Turkey 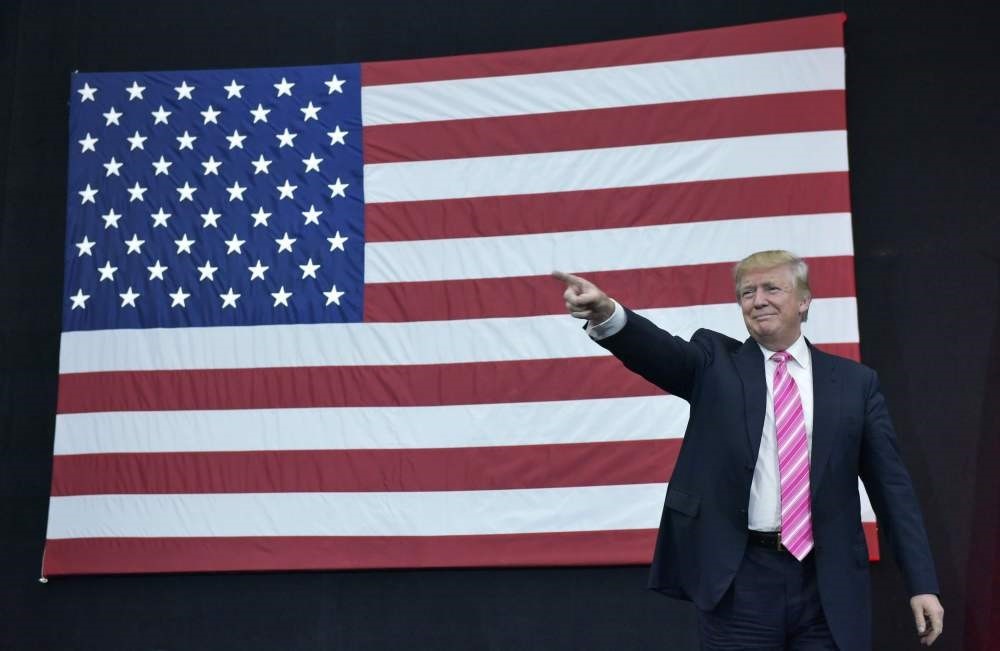 Trump arrives for a rally at Spooky Nook Sports center in Pennsylvania in October.
by Yunus Paksoy Nov 11, 2016 12:00 am

Newly elected president of the U.S. Donald Trump is expected to crack down on the FETÖ presence in the U.S. and extradite its leader Gülen to Turkey eventually. His top adviser Flynn's words in favor of extraditing Gülen have boosted the aforementioned possibility

After Ankara's falling out with the Obama administration over several issues such as who to side with in the Middle East and cracking down on the presence of the Gülenist Terror Group (FETÖ) in the U.S., Ankara now expects the Trump administration to work closely with Turkey toward Gülen's detention and his ultimate extradition. Donald Trump, who was elected the 45th president of the United States, was congratulated by President Recep Tayyip Erdoğan in a phone call. Erdoğan told Trump that Ankara is looking forward to strengthening ties and working together in several areas. The developments come as the top adviser to Trump and retired Gen. Michael Flynn, who is expected to be appointed as secretary of Defense, wrote an article for the Hill newspaper in which he mentions FETÖ and Turkey's extradition requests for its U.S.-based leader, Fetullah Gülen - an article warmly received by Ankara.

"We must begin with understanding that Turkey is vital to U.S. interests," Flynn wrote. "We need to adjust our foreign policy to recognize Turkey as a priority. We need to see the world from Turkey's perspective," he asserted. Earlier on Wednesday, Erdoğan expressed his hope that Trump's elections would be for the good of the American people. "I hope the choice of the American people will lead to positive steps being taken for basic rights and freedoms, democracy and the future of our region," he said, adding that he intends to keep that view on the positive side.

Even though the Obama administration distanced itself from the issue of FETÖ, Flynn hinted at an entirely different approach, saying: "What would we have done if, right after 9/11, we discovered that Osama bin Laden lived in a nice villa at a Turkish resort while running 160 charter schools funded by the Turkish taxpayers?"

Director of the Ankara-based Foundation for Political, Economic and Social Research (SETA) Burhanettin Duran said: "Trump will change the way the U.S. handles things with its allies," contending that Trump's position on the July 15 coup attempt and Ankara's extradition request has sent positive signals to Ankara.

Turkey witnessed a bloody coup attempt on July 15 by FETÖ, leaving more than 240 people dead and wounding more than 2,000. The U.S.'s failure to stand behind the democratically elected president and the Turkish government infuriated the Turkish people, with many speculating that the coup was somehow connected to Washington.

"Washington's silence on this explosive topic speaks volumes when we hear the incredulous claim that the democratically elected president of Turkey staged a military coup, bombed his own parliament and undermined the confidence in Turkey's strong economy just so that he could purge his political opponents," Flynn asserted, referring to some claims made in the U.S. following the coup attempt that it was not FETÖ but Erdoğan himself who staged it.

"Trump is expected to approach the FETÖ issue more positively for Ankara. He will collaborate more with Erdoğan on this radical group FETÖ," Duran added.

Turkish authorities already issued an official request for Gülen's extradition on Sept. 13, under the 1979 Treaty. Turkey's Justice Minister Bekir Bozdağ held a meeting with his U.S. counterpart, Attorney General Loretta Lynch, in late October regarding the provisional arrest of the U.S.-based fugitive.

Erdoğan also addressed the U.S. saying authorities could "at least detain Gülen" lest he may flee. FETÖ leader Gülen has lived in self-imposed exile on a 400-acre property in the foothills of the Pocono Mountains in Pennsylvania since 1999. Reportedly, intelligence reports indicate that Gülen was searching for countries to flee to after the July 15 coup attempt as pressure built on the Obama administration for his arrest and extradition.
RELATED TOPICS