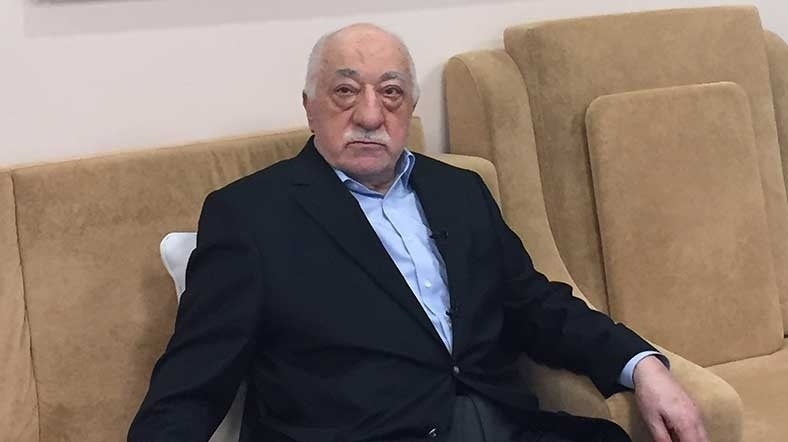 "From 2000 to 2013, the proportion of placed members of the group in the gendarmerie reached almost 100 percent," he confessor said.

Through investigation it has been determine that the group uses the code name "imam," an Islamic title that Muslims use to refer to the person leading prayer, as a title for senior figures responsible for organizations and institutions, including infiltrators within law enforcement and the judiciary in specific countries.

He also said that the members who prepared to take the exam practiced by taking it at least two or three times before the actual exam.

Meanwhile, speaking at the press meeting after the ministerial cabinet, Deputy Prime Minister Numan Kurtulmuş said Turkey's fight against the Gülenist Terror Group (FETÖ) is not a temporary struggle. Explaining that FETÖ is a terrorist group that has infiltrated state institutions for 40 years, he emphasized that the government will do everything possible to purge those members. Kurtulmuş added that Turkey will think of a formula for FETÖ fugitives, "We may expatriate those fugitives after their legal procedures are completed," he concluded.

On July 15, a military junta linked to FETÖ attempted to stage a coup to topple the democratically elected president and government of Turkey and to impose martial law. The attempt was thwarted by military troops loyal to the government, along with police units and millions of Turkish citizens in favor of democracy. In total, 241 people, mostly civilians, were killed by pro-coup soldiers, while over 2,000 people were injured.

The attempt was masterminded by Fetullah Gülen, the leader of FETÖ who has lived in self-imposed exile on a 400-acre property, which includes a mansion and several guest houses, on the foothills of the Pocono Mountains in Pennsylvania since 1999.

A terrorist was sentenced for his role in propagating for the terrorist group in the province of Kırşehir yesterday. The landmark decision was the first made by the court in a decree which declared FETÖ an "armed terrorist organization." The defendant, known only as F.E., was sentenced to two years and nine months imprisonment.

FETÖ set up a matchmaking service for its followers, arranging social events where young, unattached members of the group can meet, according to one FETÖ member who confessed during interrogation.

The FETÖ member, a teacher who has since been released under judicial control pending prosecution, said groups known as marriage and parenting schools were formed under the association to encourage marriage between FETÖ members.

The teacher, whose testimony has been seen by Anadolu Agency, said the association worked as a "center for family consulting" to spread FETÖ beliefs and promote membership. The teacher is among 19 FETÖ suspects arrested earlier this month in the Uşak province of western Turkey.
Last Update: Nov 15, 2016 12:03 pm
RELATED TOPICS