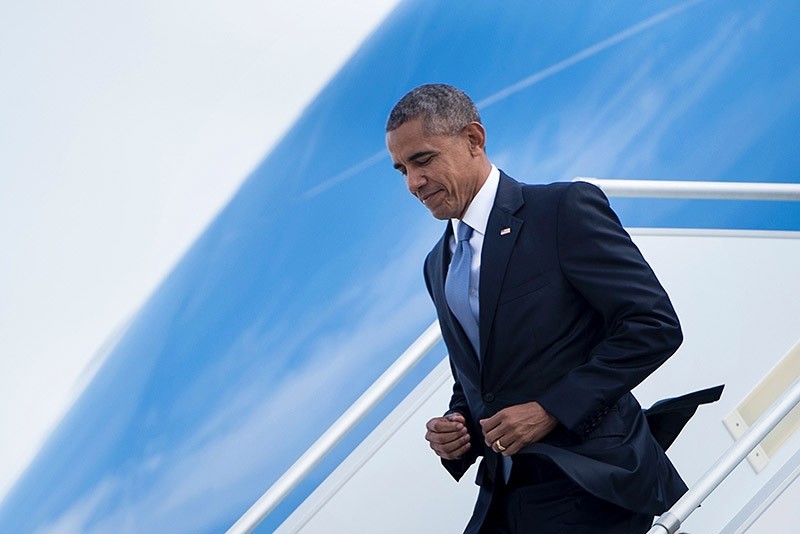 Following the victory of the Republican candidate Donald Trump in the U.S. presidential elections, President Barack Obama has been said to have resumed military help in Syria to the YPG, which is considered to be the military wing of the PKK terrorist group's Syrian affiliate, the PYD.

Referring to Debkafile, which is known to be a website close to Israeli military intelligence sources, Turkish media outlets reported on Tuesday that U.S. military trucks carrying supplies ammunition, had left their bases in Iraq and crossed the Syrian border in order to supply YPG terrorists, currently controlling large parts of northern Syria.

Obama is allegedly doubtful with regards to Trump's Syrian policy, thinking that Trump might not continue the alliance with the YPG, but instead can seek a joint operation with Turkey and Russia to free Raqqa from Daesh terrorists. In a move to strengthen the YPG's position in the Syrian crisis, Obama is reportedly willing to fully arm the group before his departure from the Oval Office in January.

Obama's YPG-centered Syrian policies has long been criticized by Turkish authorities, while leading to the rise of anti-American sentiments and outrage among the public due to PKK's attacks indiscriminately targeting the security forces and civilians. Turkish President Recep Tayyip Erdoğan had said several times that YPG-PYD were affiliates of the PKK terrorist group that is fighting Turkey.

The YPG is the military branch of the PYD, which is the Syrian offshoot of the PKK — listed as a terrorist organization by Turkey, the U.S., and EU. The PKK resumed its 30-year armed campaign against the Turkish state in July 2015. Ever since, PKK terrorist attacks have killed more than 800 security personnel and claimed the lives of over 310 many civilians, including women and children, while more than 10,000 PKK terrorists have been killed or apprehended in army operations.
Last Update: Nov 15, 2016 1:56 pm
RELATED TOPICS