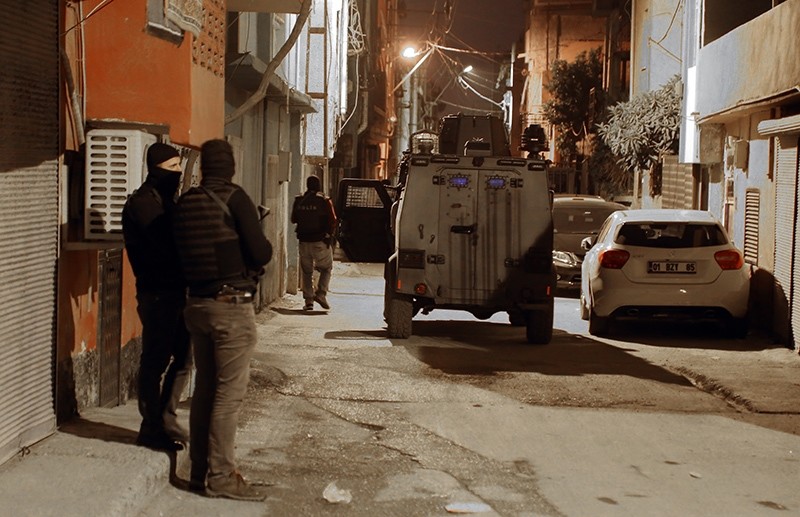 Adana Police detained at least six Daesh terrorist suspects on Tuesday in an anti-terror operation in the southern province of Adana, a police source said.

The police raided several addresses early in the morning according to the source, who spoke on condition of anonymity due to restrictions on talking to the media.

Armored police vehicles were also used in the operation.

The suspects were taken to the Adana Police Department after health checks at the Adana Forensic Medicine Unit.

Three police officers were killed in an explosion last month as they raided an address linked to Daesh terrorists in Gaziantep, southern Turkey.

Turkey has also prevented the entry of over 52,075 people from entering the country and detained thousands of Daesh suspects, since the start of 2016.