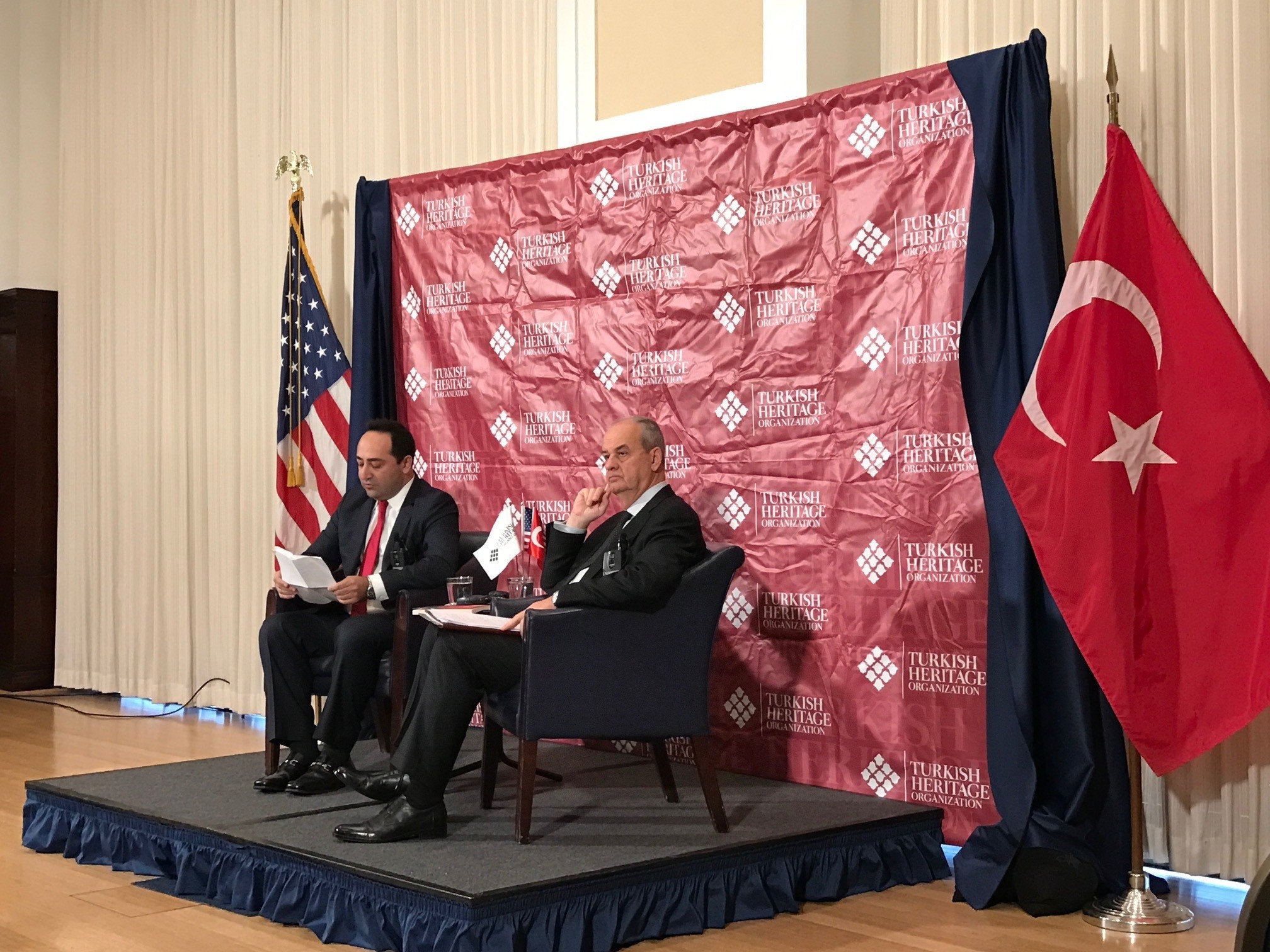 Turkey's former top military commander has assured an American audience in Washington that it was indeed Fetullah Gülen, the Pennsylvania-based imam and cult leader, who orchestrated the failed putsch in Turkey this July.

Ilker Başbuğ, the former Chief of the General Staff, who served between 2008 and 2010, accused those who staged the botched coup of working for the agenda of the Gülenist Terror Group (FETÖ).

"There is no doubt that Gülen gave the orders for this coup. Actually, this is not your usual military coup attempt because the top brass resisted it. This is why I call this a Gülenist coup rather than a military coup attempt," he said in a panel hosted by the Washington-based Turkish Heritage Organization.

Başbuğ also said it was rational to expect that American intelligence agencies knew beforehand that a coup was about to take place.

"I am not claiming that they were a part of it. If they didn't know, then maybe you should shut them down, as we should do the same for the Turkish ones," Başbuğ stated.

Central Intelligence Agency (CIA) Director John Brennan in July refused to acknowledge whether the U.S. had foreseen the attempted coup. Turkey's intelligence agency the National Intelligence Organization (MİT) also failed to detect the plot until the very last hours of the coup preparations.

Başbuğ went on to demand that the U.S. administration transfer Gülen's extradition files to local courts in Pennsylvania so that the courts can decide whether Gülen deserves to be sent over to Turkey to stand trial.

Apart from this, the Turkish general slammed the U.S. administration for cooperating with the PKK terrorist group's Syrian wing, the YPG, in the fight against Daesh.

"This short-term partnership is a concern for us. The PKK is tied to the PYD, and this is very obvious," he said.

Başbuğ, a secularist commander known for his admiration for Mustafa Kemal Atatürk, the founder of the modern Turkish Republic, had a very combative relationship with Gülen and his disciples. He was among the top officials who, since 2005, repeatedly warned the Turkish government and the media about the dangers of Gülen's group.

Başbuğ was also victimized by FETÖ when he was handed a life sentence in 2014 in the Ergenekon coup trial, which was carried out by Gülenist prosecutors Zekeriya Öz, Mehmet Ali Pekgüzel and Nihat Taşkın. The lengthy trial saw hundreds of suspects imprisoned on charges of forming a terrorist organization. Suspects were held in pretrial detention for years despite the lack of tangible evidence, and were later released after legal amendments put limitations on such detentions. The trial was reportedly the joint work of FETÖ infiltrators in the judiciary and police.

The infamous case nearly concluded in April after a Supreme Court of Appeals ruling. The country's highest legal authority overturned the convictions of 275 people, ranging from the former head of the Turkish Armed Forces (TSK) to lower-ranking military officers, journalists, and academics in the case that was allegedly a plot by FETÖ to imprison its critics, using infiltrators in the judiciary and the police.

The prosecutor in the case, Öz, and another Gülenist prosecutor, Celal Kara, fled the country in August 2015. They were immediately suspended from duty after their escape.