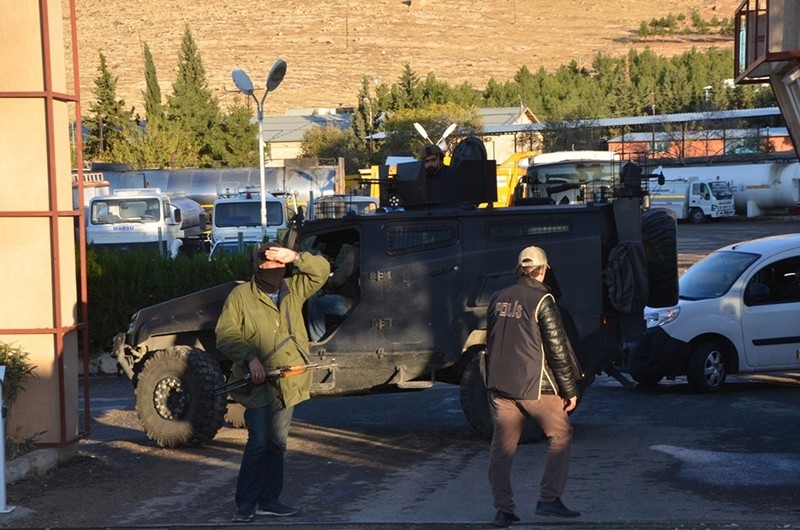 Mardin Mayor Ahmet Türk and Siirt Mayor Tuncer Bakırhan have been suspended from their duties as part of the anti-terror operation against the PKK terrorist organization, reports said on Thursday.

In Van, the DBP mayor of the city, Bekir Kaya, and four other municipal officials were arrested early Thursday and the Interior Ministry announced it had suspended the mayors of Mardin and Siirt - Ahmet Türk and Tuncer Bakirhan respectively - from their duties. They have been replaced with Interior Ministry officials.

Bakırhan, from the DBP, had been arrested and remanded in custody on Wednesday.

Bul was arrested on a warrant issued by the Tunceli Public Prosecutor's Office as part of an ongoing investigation into the PKK, the official said on condition of anonymity due to restrictions on talking to media.

Police also searched his home and his municipality office. He was among 14 people arrested on the orders of the Tunceli prosecutor. All but one have been remanded, pending trial.

Earlier this month, 13 lawmakers from the HDP were arrested. Ten, including co-leaders Selahattin Demirtaş and Figen Yüksekdağ, remain in custody awaiting trial on terrorism-related charges.

In October, the DBP co-mayors from Diyarbakır, the largest city in the southeast, were arrested and jailed pending trial on terrorism charges.

The PKK - listed as a terrorist organization by Turkey, the United States and EU - resumed its decades-old armed campaign in July last year and has been responsible for the deaths of more than 1,100 security force members and civilians, including women and children.

Around 10,000 PKK terrorists have been killed or apprehended in counter-terror operations throughout the country in the same period.