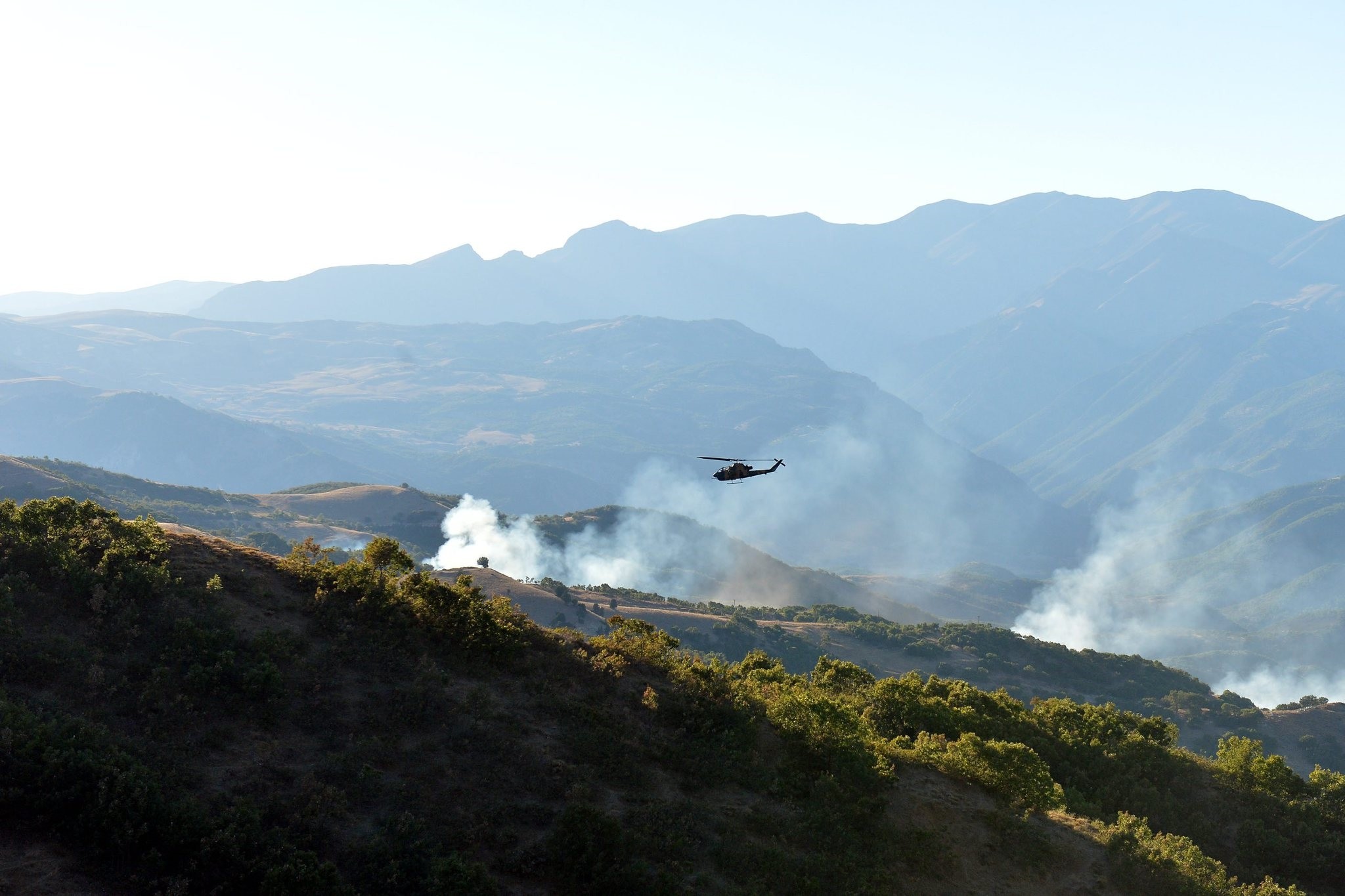 Turkish jets destroyed a number of PKK targets and killed six members of the terrorist group in southeastern Diyarbakır province, a military source said on Thursday.

Nine PKK terrorists were killed in the Turkish military's anti-terror operations on Thursday, according to a statement released by the army.

Turkish soldiers also seized weapons and explosive substances in a raid to an ammunition depot in Diyarbakır following the airstrikes, killing another militant.

The strikes followed an attack in the parking lot of the governor's office in southern Adana province, in which two people were killed and 33 were wounded.

Labor Minister Mehmet Müezzinoğlu stated that the attack was most likely carried out by the PKK terrorist organization.

The PKK -- listed as a terrorist organization by Turkey, the U.S. and EU -- resumed its 30-year armed campaign against the Turkish state in July 2015. Since then, more than 600 security personnel have lost their lives and more than 7,000 PKK terrorists killed.