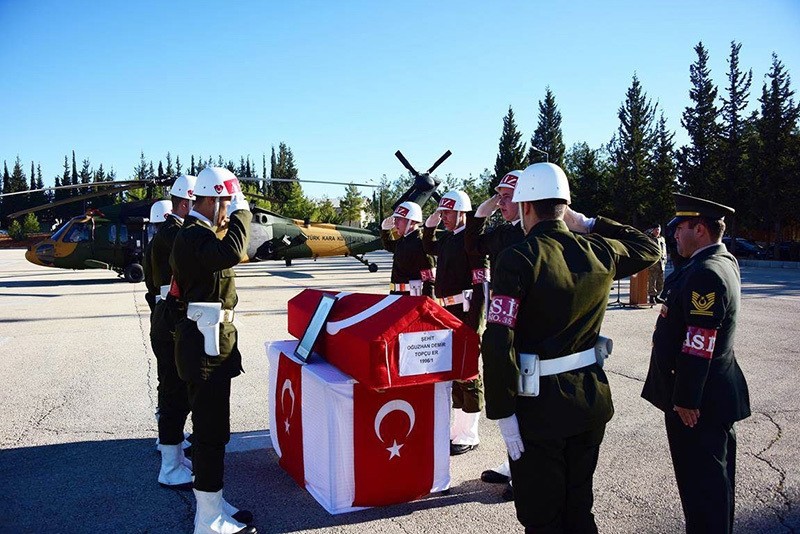 This file photo on Nov. 20, 2016 shows a funeral ceremony in Gaziantep, southern Turkey, for Ou011fuzhan Demir, who was killed fighting Daesh in northern Syria, before his body transferred to his hometown of Gebze in northern Turkey. (IHA Photo)
by daily sabah Nov 25, 2016 12:00 am

In the 94th day of the Euphrates Shield operation in Syria, one Turkish soldier has been killed and five others were slightly wounded in clashes against Daesh terrorists.

Meanwhile, another soldier who was wounded in an airstrike believed to have been carried out by Assad regime jets died of wounds at the hospital. This brought Turkish casualties in northern Syria in the past two days to five, in addition to 25 wounded.

Turkey launched Operation Euphrates Shield in late August to clear Syria's northern regions from terrorist groups such as Daesh and PYD. The latest reports indicate that Turkey-backed Free Syrian Army (FSA) forces are closer than two kilometers to the center of the strategically important town of al-Bab in Aleppo province.