Manbij next target after liberation of al-Bab, says Turkey 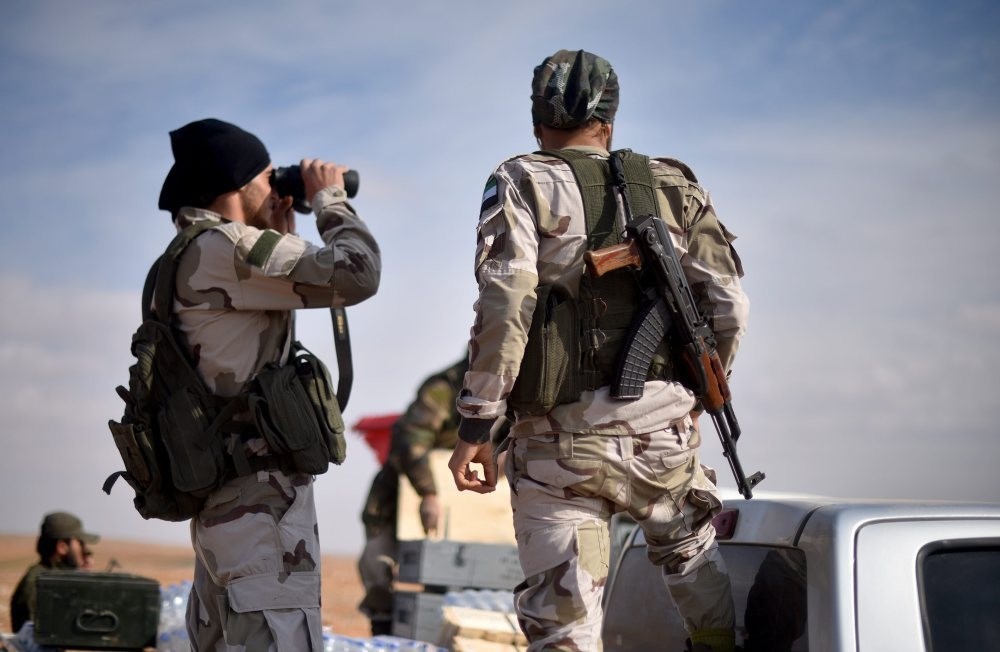 Foreign Minister Çavuşoğlu said on Thursday after al-Bab's liberation from Daesh, the next step for the Ankara-backed FSA will be to eliminate the PKK's Syrian wing, the YPG from Syria's Manbij as part of the Operation Euphrates Shield

Foreign Minister Mevlüt Çavuşoğlu underlined on Friday that Turkey and Russia are working on a road map to end the Syrian tragedy and added that after the liberation of al-Bab, Manbij will be the next target in Operation Euphrates Shield. After hosting his Russian counterpart Sergey Lavrov in his hometown Alanya on Thursday the Minister of Foreign Affairs Mevlüt Çavuşoğlu went to the Lebanese capital of Beirut for an official visit. Speaking exclusively to Daily Sabah during his visit to Beirut, Çavuşoğlu highlighted that their discussions with Lavrov focused on establishing a permanent cease-fire, while they will discuss a political solution and the fate of the Syrian leader Bashar Assad thereafter.

"We are working on a road map with Russia. Rather starting another process, this road map focuses on establishing a permanent cease-fire in Syria and delivering humanitarian aid." Çavuşoğlu added on Thursday evening that measures to differentiate Nusra Front militants in Aleppo from moderate opposition were also part of their discussion with Lavrov. Underlining that there is no change in Turkey's position toward Bashar Assad, Çavuşoğlu said they have not started talks about political transition in Syria with the Russians. "If we insist on talking firstly about a political solution we cannot make progress on other issues. However, there is no change in our position toward Assad," he added.

Commenting on Turkey's Operation Euphrates Shield in Syria, Çavuşoğlu expressed that the current slowdown in al-Bab is part of their strategy.

"As it was anticipated, Daesh's resistance around al-Bab has increased and it will increase further in the city center. Thus, our strategy aims to siege the city and prevent Daesh from receiving support from the outside," the foreign minister added.

Meanwhile, Foreign Minister Çavuşoğlu stated that after al-Bab's liberation from Daesh, Manbij, which is under the control the PKK's Syrian wing the People's Protection Units (YPG), will be the next target in Operation Euphrates Shield.

Responding to the question whether YPG terrorists have completed their withdrawal from the Manbij toward the east of the Euphrates River Çavuşoğlu said, without providing specific numbers, that some YPG militants still remain in the Manbij region while some of them have already withdrawn. Responding to a question on whether there is a risk of confrontation of Turkish and U.S. Special Forces in Manbij, Minister Çavuşoğlu ruled out the possibility and stressed that they have no intention of clashing with ally forces.

"Our aim in Operation Euphrates Shield is to clear all the terrorist organizations and establish a safe zone in that area. We have no intention of fighting against our allies," he said.

Ankara considers the YPG a terror group being the offshoot of the outlawed PKK, which is itself listed as a terror organization by the U.S., Turkey and the EU. Turkey has voiced concerns over the YPG moving into Manbij, which has a predominantly Arab population. Turkey has also warned against the YPG's aim of making demographic changes in areas captured from Daesh.

Meanwhile, the YPG presence has become a matter of political friction between Ankara and Washington. Ankara argues that U.S. support to the Syrian Democratic Forces (SDF), predominantly led by the YPG, is eventually transferred to the PKK and ultimately used against Turkey.

On Nov. 24 three Turkish soldiers were killed in an air attack near al-Bab and the Turkish Armed Forces (TSK) said in a statement that air attack was believed to have been carried out by the Syrian regime.

Providing details about his talks with the Russian foreign minister on this issue Çavuşoğlu said, "The Russians are not directly saying that the Syrian regime was not behind the attack. In fact they are saying that Syrian aircrafts in that region are not capable of perpetrating this attack and the regime forces do not have armed drones.

"There is also kind of blame game continuing on this issue. However, Russia has clearly expressed that they were behind this attack. Moreover, there are other elements in the region. At this stage we can point out and blame one country without completing detailed investigation," he added.

Commenting on the ongoing Mosul operation, Çavuşoğlu highlighted that the parties participating in the offensive are moving forward in coordination with each other.

Responding to concerns over whether or not Hashd al-Shaabi will adhere to the operation's plan accordingly, Çavuşoğlu said that Ankara has been reaffirmed by the Iraqi government, the U.S. authorities and the other members of the coalition, as well as Iran, that the militia group will not be moving into Mosul as part of the operation.

"There are no violations to the agreed plan so far. They are waiting a few kilometers away. The aim is to stop terrorists running away toward the west. However, we should still be cautious," he added.

The foreign minister also reiterated Ankara's concerns over the presence of the PKK in the Sinjar area, saying that Turkey is following every footstep of the PKK terrorists and their activities in the area."We are discussing the issue with both Iraqis [central government] and the Northern Iraqis [KRG]. If they [PKK] move toward the east to Sinjar, we will take necessary measures," Çavuşoğlu said, adding that the Iraqi authorities also affirmed that the PKK will not be moving into Sinjar.

Ankara argues that the Mosul operation should be conducted through legitimate armies and local forces. Çavuşoğlu also said that the reason why neither Hashd al-Shaabi nor peshmerga forces will be entering is that it will turn the city into an area of further conflict between these forces.
RELATED TOPICS