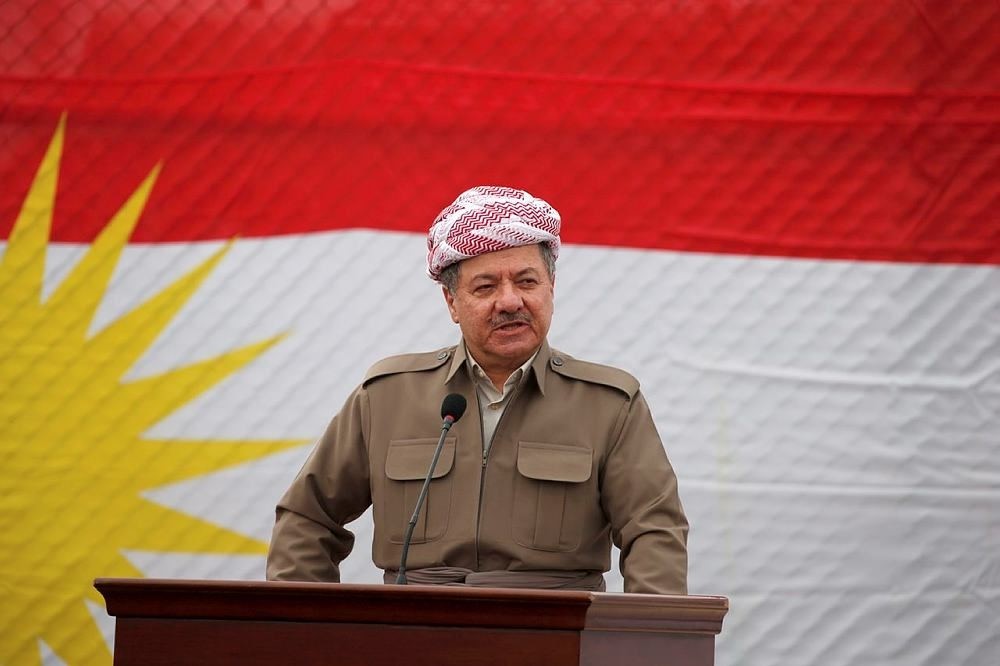 The president of Kurdistan Regional Government, Barzani, strongly criticized the PYD after attacks on protestors in Syria's Rojava, saying those responsible for the incidents, including torturing youth and burning the KRG flag, will pay for their crimes

Kurdistan Regional Government (KRG) President Masoud Barzani has strongly criticized the terrorist PKK's Syrian offshoot, the Democratic Union Party (PYD), stressing that those who attacked the protesters in northern Syria will "pay for their crimes," after recent reports of such incidents emerged from Rojava in northern Syria. "Those who burn the Kurdistan flag and torture the Kurdish youth are destined to be disgraced. They will inevitably pay for their crimes," Barzani stated on Saturday.

The strong rhetoric comes after the terrorist PYD attacked protesters in the northeastern town of Amouda and the retaining of the Syrian Kurdish National Council (KNC). Barzani further praised the people of Amouda for their heroic resistance against the terrorist PYD. "I'd like to assure the Amouda people on one thing and that it's those who represent the true characteristics of the Kurds that will always reign," Barzani added. The PYD's acts of oppression in Syria's north have been going on for a long time. A report published by the Syrian Network for Human Rights (SNHR) in January said the PYD has committed multiple human rights violations since the withdrawal of government forces in 2012, including ethnic cleansing and abusing women, children and media workers.

In that respect, the Syrian adviser to Iraqi KRG President Barzani, Hamit Derbendi, told Anadolu Agency (AA) in early September that the PKK and its Syrian offshoot, the PYD, have increased their oppressive tactics and defamation campaign in northern Syria, targeting the Kurdish opposition as well as the KRG.

Also, in August 2015, a report published by KurdWatch - an independent group of experts who report on the violations of Kurdish rights in Syria - indicated that the PYD forcibly recruits and deploys child soldiers, revealing that adults were also forcibly conscripted to serve in the PYD's armed wing the People's Protection Units (YPG). The report further indicated that children as young as 12 years of age were recruited as soldiers.

Turkey and the KRG share an analogous perspective on the terrorist PKK as well as PYD, with Ankara repeatedly raising concerns that it will not allow Sinjar to become the PKK's headquarters in the region, warning that the terrorist group's recent activities in Iraq and Syria will have dire consequences.

On that view, KRG Chief of General Staff Cemal Muhammad called on Friday for the PKK terrorist group to immediately withdraw from the Sinjar region in northern Iraq, saying, "The PKK should stop dreaming and leave Sinjar immediately. The town belongs to the KRG, the PKK does not have the right to stay there or settle in," Muhammad said, adding that the KRG will not accept the terror group's presence not only in the town center but also in the surrounding villages.

Separately, Sinjar Governor Mahma Khalil said that PKK terrorists are attacking the Yazidi population in the town and preventing the minority group from returning to their homes.

"The citizens refuse to stay in Sinjar due to the PKK presence. The terror group is kidnapping their children and taking them to the Qandil Mountains by force. The Yazidis are in such a difficult situation," Khalil said.

The PKK and its Syrian offshoot the PYD are both listed as terrorist groups by Turkey, while the U.S. and EU considers the PKK a terrorist group but at the same time do not consider the PYD as one.
Last Update: Dec 05, 2016 10:59 am
RELATED TOPICS