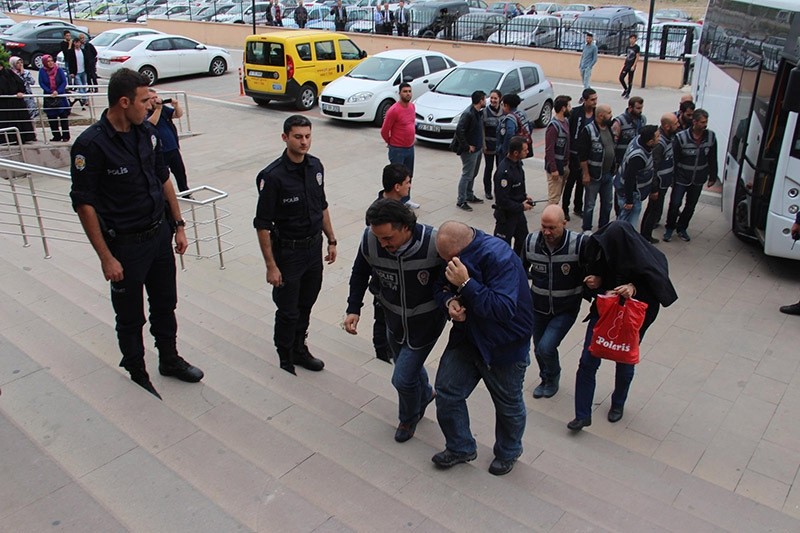 Eight Gülenist Terror Group (FETÖ) members were detained while planning to flee to a Greek island as part of an ongoing investigation carried out by the Bodrum Prosecutor's Office. Police launched operations across four provinces to detain FETÖ suspects who are believed to be planning to flee to Greece. Police officers searched the houses of the suspects upon receiving a warrant from the prosecutor's office.

Previously eight soldiers, including two commanders, four captains and two sergeants, had escaped to Greece on a Sikorsky helicopter and landed in Alexandroupolis (Dedeağaç) shortly after the July 15 coup attempt. Ankara formally requested the extradition of the aforementioned FETÖ members behind the coup attempt from Greece. A Greek court had sentenced the eight men to a suspended two-month jail sentence for illegal entry into Greece.

On Monday, a Greek court ruled against the extradition of three soldiers to Turkey. The soldiers, who were sought by Turkish authorities, claimed that they do not share the ideology of FETÖ, arguing instead that they follow the ideology of Turkey's founder, Mustafa Kemal Atatürk, and contend that they have no knowledge of the coup attempt. "We just followed orders," the soldiers said, claiming that they did not flee to Greece on purpose. Turkish Defense Minister Fikri Işık was the first one from the government to comment on the issue on Monday. Reminding Greece that Ankara and Athens are NATO allies, Işık called on the Greek government to exert every effort for the coup soldiers' extradition.

"Our expectation from the Greek government is that it definitely makes every effort for the extradition of these FETÖ members to Turkey," he asserted.

When asked whether the Turkish government will take action against the Greek government in case the coup soldiers are not extradited, Işık refrained from making a clear statement. "It would be assessed and steps would be taken," he said.

FETÖ faces heightened scrutiny after being accused of attempting to topple the democratically elected Turkish government in July 15 coup attempt, in which 248 people were killed and 2,200 were injured.