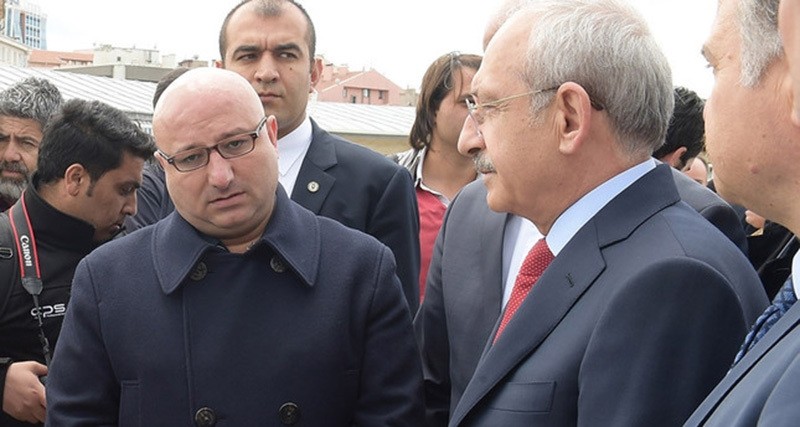 The chief advisor was reportedly found to have used ByLock, an encrypted communication application that was used by FETÖ members for internal communication. Attorney General Mehmet Şenay from the terror and organized crime unit of Istanbul's public prosecutor ordered Fatih Gürsul's detention in Ankara. Gülsul's house in Ankara is currently being searched by the police for further evidence.

Testimony from Gülenists in the bureaucracy detained after the July 15 putsch attempt pointed to the prevalence of app use. Prosecutors say ByLock was popular among Gülenists for secretive communications between 2013 and 2015, and after 2015, the terror cult turned to Eagle IM, which offers "256-bit end-to-end AES encryption" for its users. The app's developers also promise protection from "man-in-the-middle" attacks that consist of hacking into private two-way chats, enabling a third-party to alter messages. Similarly, ByLock was offering an eight-digit password for users and highly secure encryption.

Various ministries have since launched an investigation into workers who allegedly used ByLock by actively suspending and terminating app users who were found to be active members of FETÖ.

The ByLock codes were broken in August by the Turkish National Intelligence Agency (MIT), resulting in 60,000 members being uncovered. Another encrypted messaging app, Eagle, was also deciphered by intelligence officers recently.

The CHP faced harsh criticism as a result of the discovery, with CHP Deputy Tanju Özcan criticizing CHP leaders and Chairman Kılıçdaroğlu for remarks made during a rally in southern Adana province over the weekend where the chairman called out FETÖ members by name during the rally.

Deputy Özcan said: "With what logic did you mention the names [Nazlı] Ilıcak, [Ahmet and Mehmet] Altan, [Ali] Bulaç during the Adana rally where you attempted to make people cheer for you? This has been the final tipping point. The CHP is not in a limbo as a political party, swaying from side to side, without a clear stance on the issues and the party is not incompetent in solving crises." The deputy spoke to Anadolu Agency (AA) and underlined that those detained as part of the ongoing investigation into FETÖ will face a fair trial. He added: "However, it is clear what Nazlı Ilıcak, Mehmet Altan, and Ali Bulaç have done. These people are enemies of the regime, the Republic [of Turkey] and the CHP." He said that recent developments do not bode well for the party, which has already linked itself with the pro-PKK Peoples' Democratic Party (HDP) and FETÖ. He criticized party administrators for addressing criticism raised among numerous party members and deputies.

While Özcan stated that the CHP has become a party that is "Here and there, lacking a firm stance on all matters and unable to manage any crises," former chairman of the CHP and current Antalya Deputy Deniz Baykal spoke during a television interview, saying it is "saddening" that Kılıçdaroğlu applauded and praised so called journalists with FETÖ affiliations during the Adana rally. Continuing on to note that he does not consider it appropriate to praise the aforementioned Gülenists, Baykal said, "Such roadblocks always create problems for us. These blunders cause us to spend much more effort to re-establish our trustworthiness and persuasiveness and consistency as a party. Despite all of those efforts, there are some things missing. This is a serious matter and it's an obstacle the party now faces." He urged the CHP to maintain its real identity ahead of the presidential system referendum.