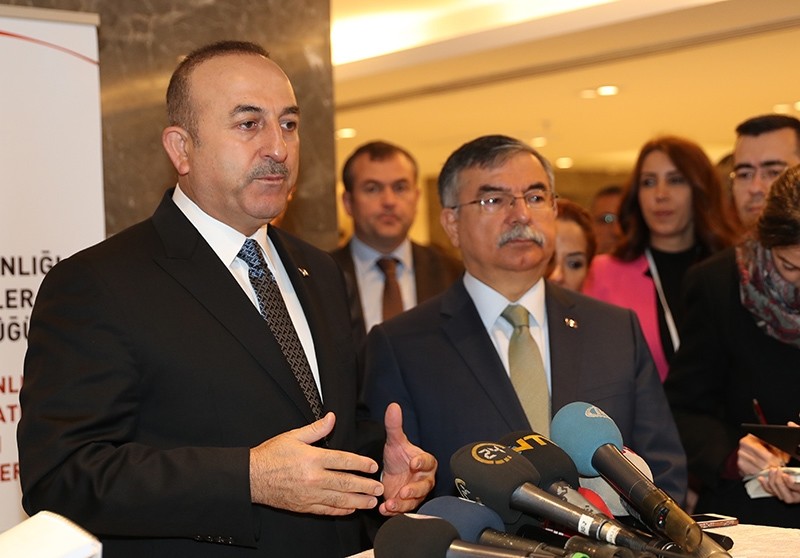 Foreign Minister Mevlüt Çavuşoğlu spoke by phone with his Russian and Iranian counterparts on the situation in Aleppo on Wednesday, sources in the Turkish foreign ministry said, as Ankara tried to keep a fragile truce in the besieged Syrian city on track.

Foreign ministry sources did not give details of the talks between Çavuşoğlu and his Iranian counterpart.

"It is easier for Moscow to reach deal with Turkey -on Aleppo- than with the U.S." Lavrov was quoted as saying.

"It is our wish that no one points the finger at someone else in such a humanitarian situation. There is an agreement here, and this must also be implemented," Çavuşoğlu said.

"People have been slaughtered, children have been killed. So now, everyone is responsible here," he added

Turkey and Russia brokered a deal on Tuesday meant to allow the evacuation of opposition-held eastern Aleppo. But heavy clashes broke out in the city on Wednesday after Iran was said by Syrian opposition officials to have imposed new conditions.