Turkey will retaliate in kind to all terrorists, Erdoğan says 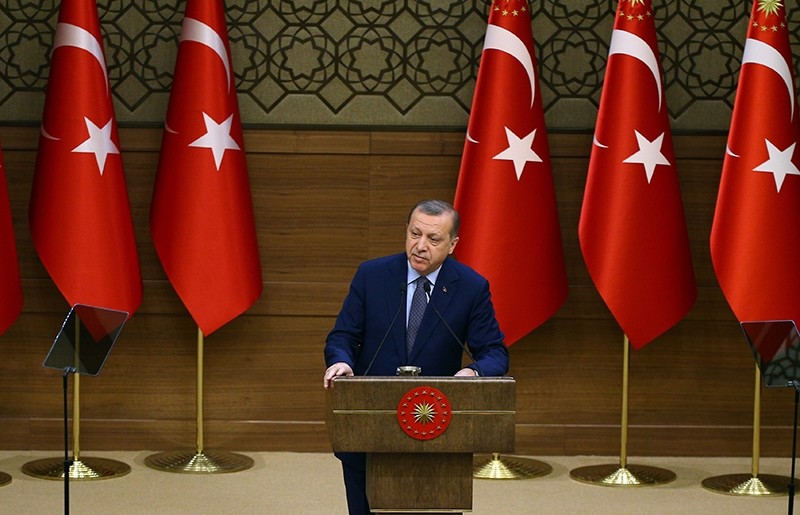 President Recep Tayyip Erdoğan has declared national mobilization against the PKK, Daesh, FETÖ and all terror groups, and urged everyone to support Turkey's anti-terror efforts, while he drew attention to the dire situation in Syria's Aleppo and said that Turkey's borders are open to those fleeing the crisis.

Speaking at a meeting with municipal headmen, Erdoğan said that Turkey's determination to fight all terrorist organizations persists and that it will retaliate in kind.

"A total of 9,500 PKK terrorists have been killed, injured, or captured since the start of Turkey's anti-terror operations" Erdoğan said, adding that in Syria and Iraq Turkey has killed 1,800 YPG and Daesh terrorists.

Erdoğan also highlighted that Turkey will welcome the people of Aleppo fleeing the city.

"We are ready and prepared to welcome those who will leave Aleppo for Turkey" he said.

The president also criticized the violation of ceasefire by Assad regime and Shiite militias, noting that the strikes against Aleppo resumed within a few hours after the truce deal.

"I will have a phone conversation with Russian President Vladimir Putin over the situation this evening" he said.