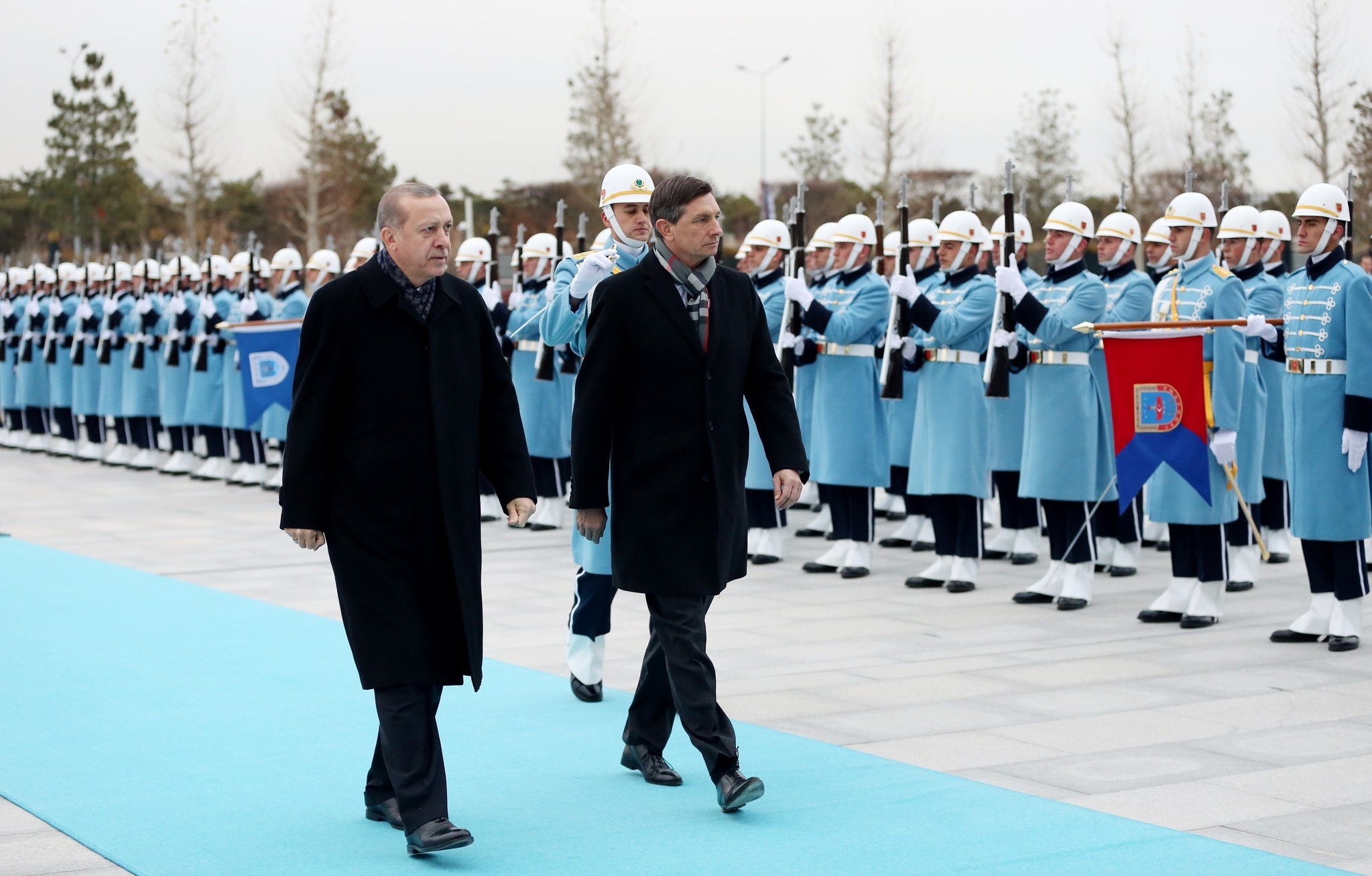 President Erdou011fan (L) and his Slovenian counterpart Pahor take the ceremonial walk in the Presidential Complex in Ankara, December 15, 2016 (IHA Photo)
by Daily Sabah Dec 15, 2016 12:00 am

President Recep Tayyip Erdoğan said on Thursday that the European Union will be better off security-wise if the bloc accepts Turkey's accession.

"Alienating Turkey puts the peace and stability in the region at risk; a safe Europe without Turkey is highly unlikely," he said in a press conference with his Slovenian counterpart Borut Pahor.

"It is also of high concern for us that Islamophobia and xenophobia are on the rise in Europe," he added during his speech in the Beştepe Presidential Complex in Ankara, referring to the rising anti-Turkey sentiments across the continent, especially after the Brexit and the strengthening far-right.

"I have to assert that Turkey has gained nothing from the EU," Erdoğan added upon his counterpart's remarks and a question from the audience regarding the Turkey-EU deal that is on the verge of collapse.

Slovenian President Pahor commented on souring Turkey-EU relations. "Turkey has been disillusioned with the EU's half-hearted statements following the July 15 coup attempt," he said in an apparent apologetical tone.

Turkey and EU has made a deal regarding the visa-free travel and refugee flow into the old continent. Ankara has been warning Brussels, saying that it will drop the migrant deal if the EU does not finalize visa liberalization by the end of this year.

EU officials acknowledged that Turkey has been fulfilling its obligations in the refugee deal struck with the EU in March. Refugee flows from Turkey have been reduced to about 80 per day.

Following the EP's vote to end Turkey's accession talks, President Recep Tayyip Erdoğan said the EU had not kept its promises to Turkey and warned that Ankara would open the country's borders and allow refugees into the EU.

President Erdoğan also said in the press conference that he had held a phone call with US President Barack Obama earlier in the day.

The President and his US counterpart discussed developments in Syria's Aleppo and Iraq, Erdoğan announced.

"I told Obama about the evacuation problems in Aleppo while he asked how he could help," he said.