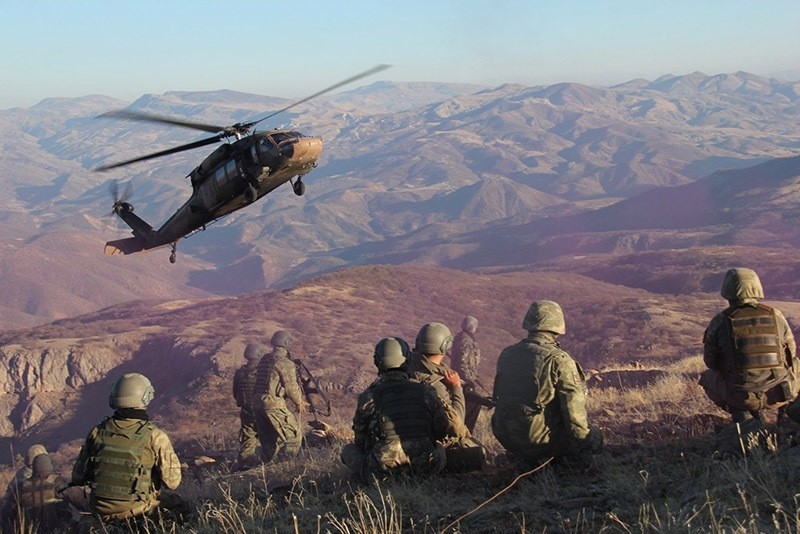 Turkish military announced on Friday that a total of 21 PKK terrorists have been killed in different operations carried out between Dec. 8-14 throughout the eastern provinces.

The statement said that large-scale operations were organized in the provinces Hakkari, Şırnak, Siirt, Mardin, and Bitlis.

38 handmade explosives, six rocket launchers, one anti-aircraft gun, and a large amount of explosives and ammunition were seized by security forces during the operations, it was also highlighted in the release.

A total of 35 shelters were destroyed, and high quantities of food and other logistics materials were found by security forces.

Over 600 security personnel, including troops, police officers and village guards have been killed since then, and more than 7,000 PKK terrorists have been killed in operations across Turkey and northern Iraq.