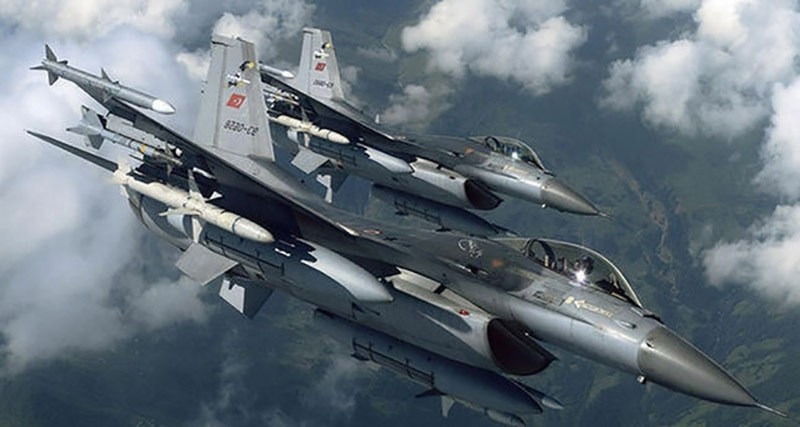 217 Daesh targets had been destroyed in Syria by the 117th day of the ongoing Operation Euphrates Shield, the Turkish Armed Forces (TSK) announced on Sunday.

160 Daesh targets were hit by ground vehicles, while 57 targets, including arsenals in the regions of al-Bab, Bzagah, Zammar, Suflaniyah and Qabr al-Muqri were destroyed by Turkish warplanes, the statement elaborated.

It was identified that Daesh terrorists have been trying to hide their tanks, armored and armed vehicles in al-Bab in or around public buildings like schools, hospitals and mosques.

Capitulated terrorists stated that these public building had been recorded with cameras, and in the case of a shooting Daesh would share the footage with the international arena.

The terrorists also confessed that these buildings were used by Daesh members.

The TSK continueto take necessary measure to ensure the safety of civilians in the area. The Turkish military airdropped numerous leaflets to civilians around al-Bab warning them stay away from Daesh members and to go to safe zones.

Ankara has been pushing southward, supporting FSA forces as part of Operation Euphrates Shield, which was first launched on Aug. 24, to clear Daesh from al-Bab and form a 5,000-square-meter terror-free zone comprising the towns of al-Bab, al-Rai, Azaz, Jarablus and Manbij.

The terror-free corridor will ensure security for Turkey's southern border with Syria, while providing a safe shelter for locals in the region, which would stop the mass influx of refugees coming into Turkey.