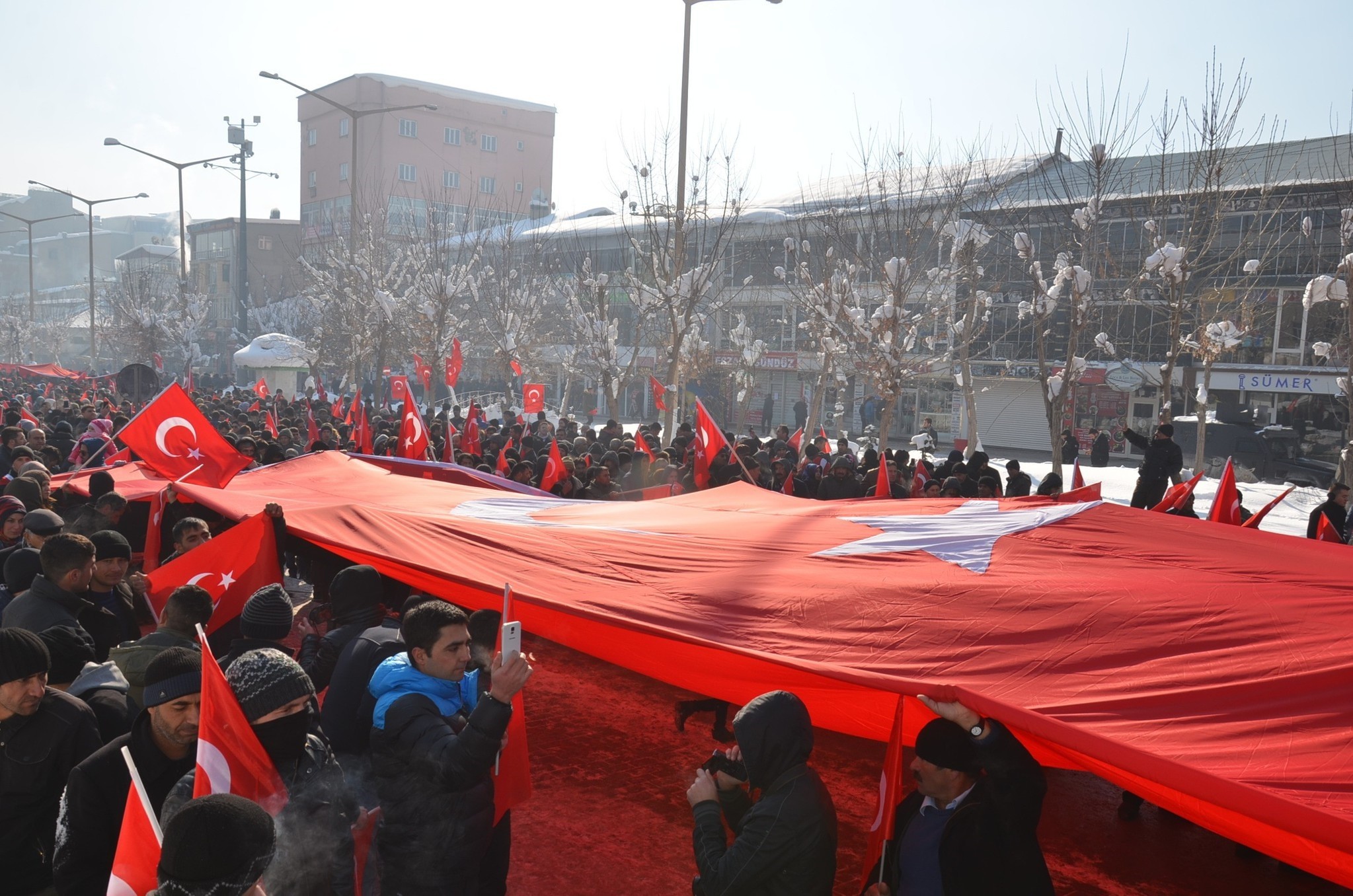 Over three thousand citizens protested the PKK terror on Sunday in Yüksekova district of eastern Hakkari, one of the town which experienced terrorist attacks heavily and more often than anywhere else in Turkey.

Chanting slogans such as "Down with the PKK," "Martyrs don't die, the homeland shall prevail as one," "Turks and Kurds are brothers" the protesters marched to the city center. 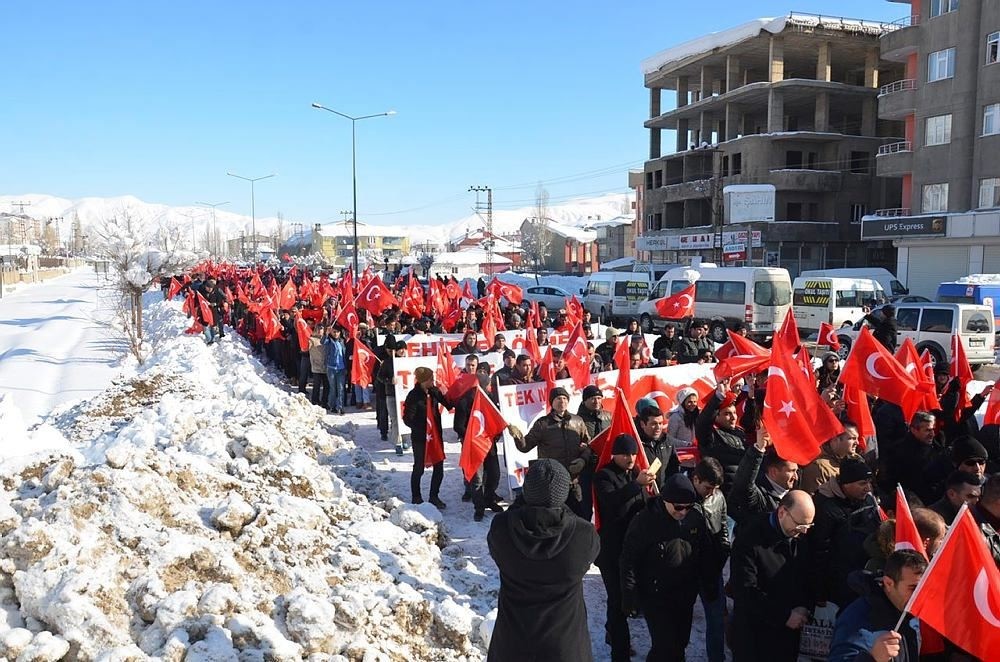 Quran verses were recited in downtown Ihsaniye Mosque and the demonstrators prayed for the victims of PKK terror. Addressing the crowd, Yüksekova Governor Mahmut Kaşıkçı asserted that the people of Hakkari stands strong against PKK terror."I would like to express my gratitude to the people of Yüksekova for their determined stance against the PKK.

As our President Recep Tayyip Erdoğan says, we will be happily and peacefully live in these lands from now on under our flag," he said.Adding that the locals want PKK out of their homeland, he said "We want terror to come to an end in our lands. We opened our hearts to Syrian and Iraqi refugees, and we want Turks, Kurds and people from different backgrounds to live in coexistence." 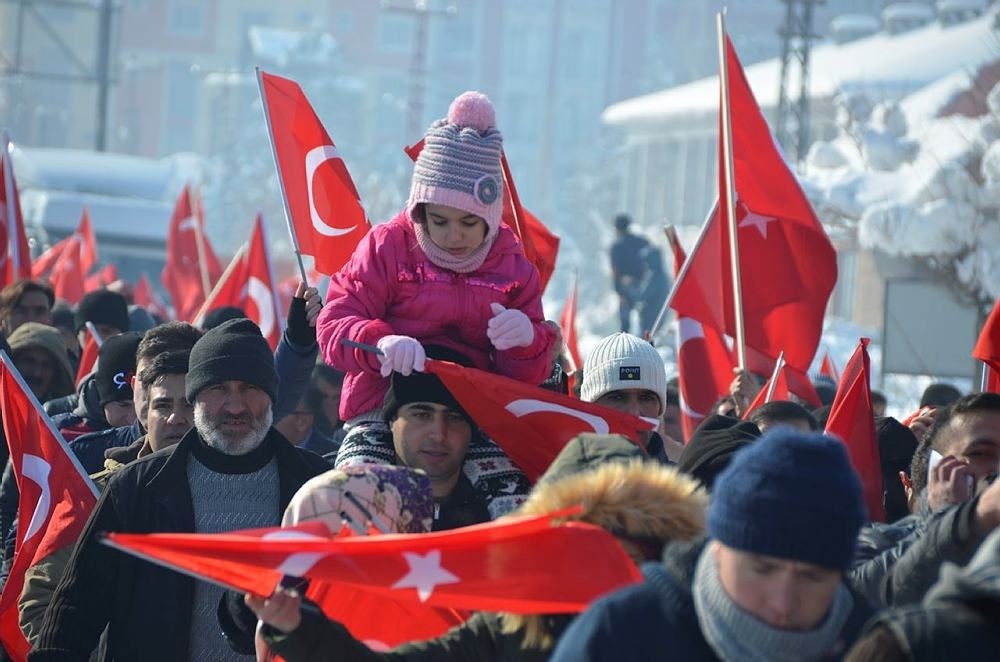 A villagehead also said that people are fed up with the ongoing terror problem. "Turkey is our country, our flag is one. We are all the same as equal citizens. We all hope that we won't lose any more people to PKK terror," Tahir Öztepe said. The protest was also attended by Brigadier General Metin Tokel, regional head of ruling Justice and Development Party (AK Party) Müslüm Ortaay and other officials.

The PKK, despite claiming to be a "supporter of Kurdish rights," is decried by the majority of Turkey's Kurdish citizens. In the 30 years of warfare, the terrorist group has often targeted religious Kurds who do not accept its materialistic ideology and refuse to support the group financially.

The PKK - recognized as a terrorist organisation by Turkey and its Western allies such as the U.S. and the European Union - unilaterally ended the two-year-long ceasefire period on July 22, 2015, killing two policemen.