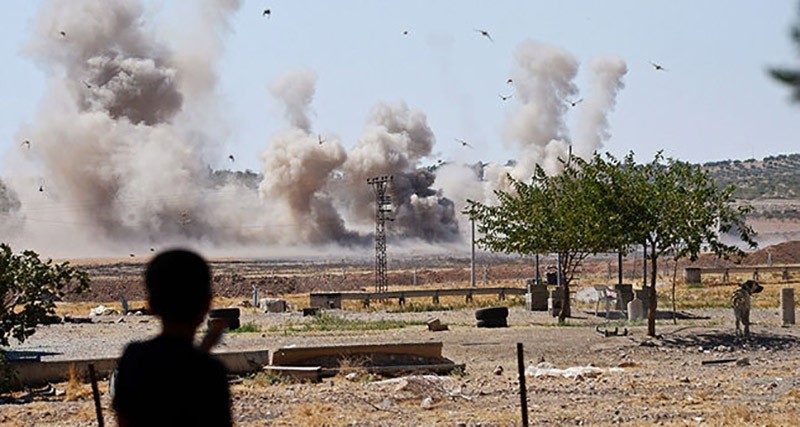 16 Turkish soldiers fighting Daesh terrorists were killed and 33 others were wounded in four different suicide attacks carried out with armed vehicles on the 120th day of Operation Euphrates Shield in northern Syria's al-Bab, the Turkish military said in a statement on Wednesday.

The death toll and the number of wounded increased from four and 18 respectively.

The Turkish Armed Forces (TSK) killed 138 Daesh terrorists during clashes and destroyed a total of 67 Daesh targets including pickup trucks equipped with heavy machine guns in airstrikes, the statement added.

The 18 wounded, six of whom are seriously injured, were brought to nearby hospitals in the region for medical treatment, military sources said.