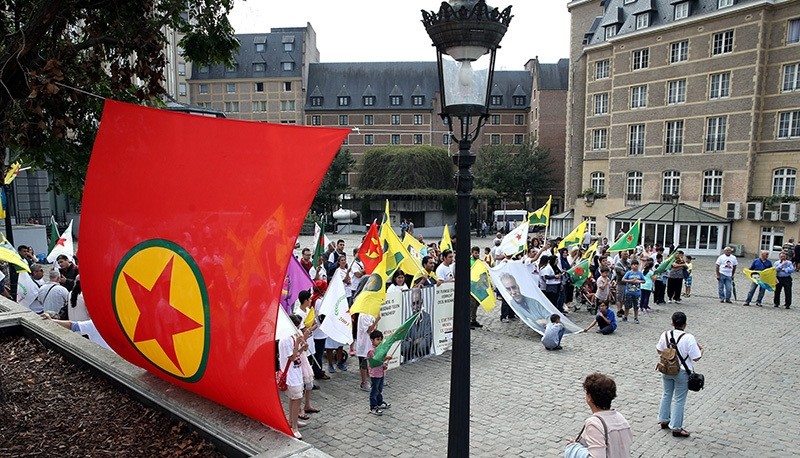 Celil Demiralp, who changed his name to Maxime Azadi after acquiring French citizenship, was detained during a routine police check and arrested on Dec. 15 following Turkish diplomatic efforts.

The court ruled Friday for the release of Azadi on bail upon his lawyers' plea against his arrest.

Turkey, charging Azadi with PKK propaganda, had long issued an Interpol red notice for his arrest.

ANF is known to be the mouthpiece of the PKK terrorist organization, and operates its media activities from its offices based in Amsterdam. The agency often publishes news articles glorifying PKK attacks or directives from PKK leaders in northern Iraq's Qandil Mountains or elsewhere in the form of interviews.

In a recent interview with ANF, Murat Karayılan, the de-facto leader of the PKK terrorist organization, threatened Turkish politicians with assassination through suicide bombings amid a string of terrorist attacks killing dozens of Turkish civilians and security forces since July 2015.

Belgium has been harshly criticized by Turkish officials due to its soft stance on terror groups such as the PKK, the Revolutionary People's Liberation Party-Front (DHKP-C) and the Gülenist Terror Group (FETÖ).

In early November, a Belgian court controversially ruled that the recruitment activities of the members of the PKK terrorist organization in the country were within the scope of an armed struggle, rather than considering them terror crimes, despite recognition of the group as a terror organization by the European Union, Turkey and the United States.

The country also allows PKK sympathizers to carry out fundraising and political support events, hold rallies and meetings in which terror attacks are glorified and pressure politicans and bureaucrats from all over Europe and the world during EU, NATO and other international meetings.

Belgium's failure on actively fighting terrorism is not only limited with groups targeting Turkey. The country also failed to pursue Ibrahim El Bakraoui, one of the suspects in Daesh's March 2016 Brussels attacks which killed 35, despite Turkey capturing him on his way to join Daesh in Syria and deporting him to the Netherlands while notifying Belgian authorities.

Despite the PKK being listed on the EU's official terrorist organization list, Turkey has complained several times about the member states' indifference to the propaganda of the terrorist group's activities.

Ankara argues that, although EU countries condemn PKK terror in rhetoric, the block still turns a blind eye on the activities of the terrorist group and its supporters across European countries, and calls for a more serious cooperation.